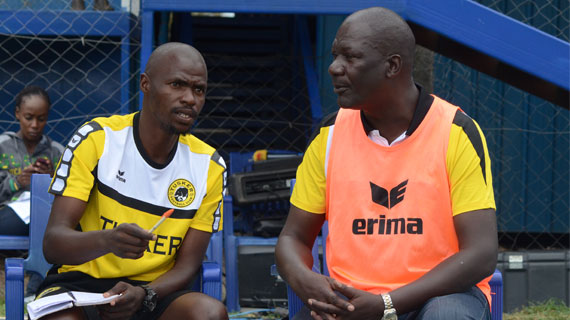 Tusker FC have completed a swoop for Zoo Kericho midfielder Mike Madoya who signed for the club on a three-year deal on Tuesday. Madoya, the 2017 Kenyan Premier League player of the year makes the move having been a core part of the Kericho based side since their days in the National Super League.

“I am delighted to be at Tusker. It is one of the best club’s in Kenyan history. My target at Tusker is to win the 2018/19 league and the SportPesa shield,” Madoya told Tusker’s official website after penning his deal.

Madoya was an integral part of the Zoo outfit and scored 14 goals last season. His exit is a further blow to the side after another important player Nicholas Kipkurui left the side for champions Gor Mahia. The team has also been dealt a blow with left back Isaac Kipyegon signing for AFC Leopards.

Meanwhile, Madoya becomes Tusker’s fourth signing with the club having already brought on board Rwandese forward Amini Muzerwa from AS Kigali, Hillary Wandera from Nzoia Sugar and former AFC Leopards midfielder Clyde Senajji who moved to Vihiga United in mid-season.