Trouble at Nzoia as Players Go-Slow 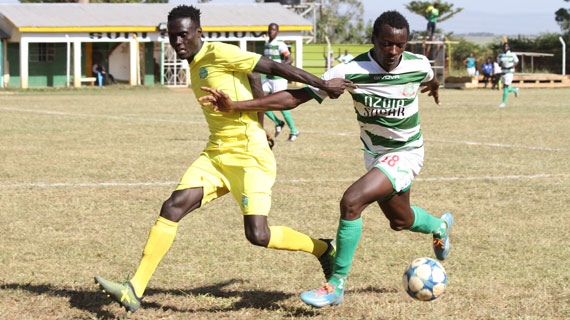 Trouble is brewing at the Nzoia United Camp as it emerged things are no longer rosy. The team  is reported to have staged a week long go slow protesting against unpaid salaries and allowances by the team management.

The team players and officials are reported to have stayed away from training for the whole week  and only resumed training  in preparation for their weekend scheduled Shield Cup match against Kenya Police in Narok.

But again, despite assurances from the management that all was well, the team failed to travel to Narok due to what sources said lack of finances. Kenya Police were awarded a walk over of three points and two goals.

The team is reported to have been surviving mostly on gate collection due to the economic crunch stifling the company. It is however reported that some of the team officials went missing after taking home a big pay cheque from their home match against Gor Mahia in Kisumu. Since then, things have been sour in the team’s camp.

Nzoia Sugar Company has been undergoing harsh economic times with some farmers having boycotted delivering cane to the cash strapped factory.

The company’s workers have gone for close to three months without salary.