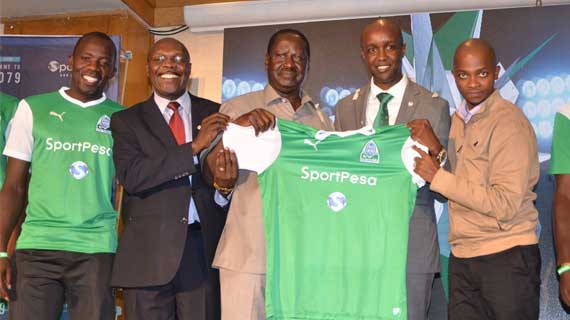 Gor Mahia players have gone on strike over unpaid August salaries and some accrued match winning allowances and have not reported to training since Monday. The team is scheduled to play against Thika United on Sunday but as it seems, they will take a squad for the tie without enough training.

“We have not trained and the players have said they will not leave their houses until their salaries are paid. The club has received a lot of money of late but as players, we can’t even see it. We feel disrespected and taken for granted,” a player who sought anonymity said.

The club has admitted it has a financial deficit as they are yet to receive money from sponsors while the cashflow from Godfrey Walusimbi’s sale is yet to hit their accounts.

“There is a small problem yes because of some delay in getting our money from various sources, but we will sort it out soon. We ask more sponsors to come on board and help the team,” vice chair John Pesa said on Wednesday speaking at a press conference in Nairobi.

Head coach Dylan Kerr is left frustrated and it is said he went to training on Monday only to find two players turning up.

Gor has had a financial windfall with almost Sh27mn coming their way from qualification to the Confederations Cup group stage while winning the SportPesa Super Cup and finishing third at CECAFA brought them a collective Sh4mn.

The club is also reported to have pocketed almost Sh12mn from the sale of Godfrey Walusimbi to South African side Kaizer Chiefs.

Gor have already won the KPL title with six matches left and have been eliminated from the FKF Shield. Their only big target for the season is the friendly match against English premier League side Everton in November.