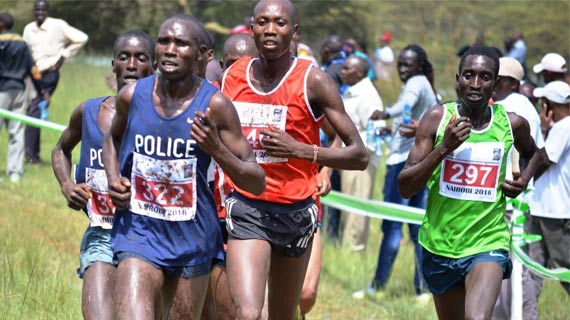 With the national cross country championships slated for 13 February at Nairobi’s Ngong’ Racecourse, pundits and athletes can expect a tough contest at the event which will serve as the national trials for the Africa Cross Country Championships in Lome, Togo on 7 March.

The men’s 10km event should stir up a great contest between Kenya Defence Forces’ (KDF) Kibiwott Kandie who is also the World Half Marathon record holder. He hopes to defend his title but will have to contend with the challenge of  2015 and 2017 world cross-country champion and world half-marathon champion Geoffrey Kamworor. Charles Mneria from Prisons is also one to watch.

Kenya Police’ Sheila Chelangat will be out to defend her women’s title but has to deal with the threat  from among others Hyvin Kiyeng, Edith Chelimo, 2019 world 5000m silver medalist Margret Chelimo, Faith Kimutai, Caroline Nyaga and Rosemary Wanjiru from Kenya Prisons. It had been widely expected that Hellen Obiri would compete in the 10km race but she has opted for the mixed relays.

Whatever the case, Saturday’s action will be epic!