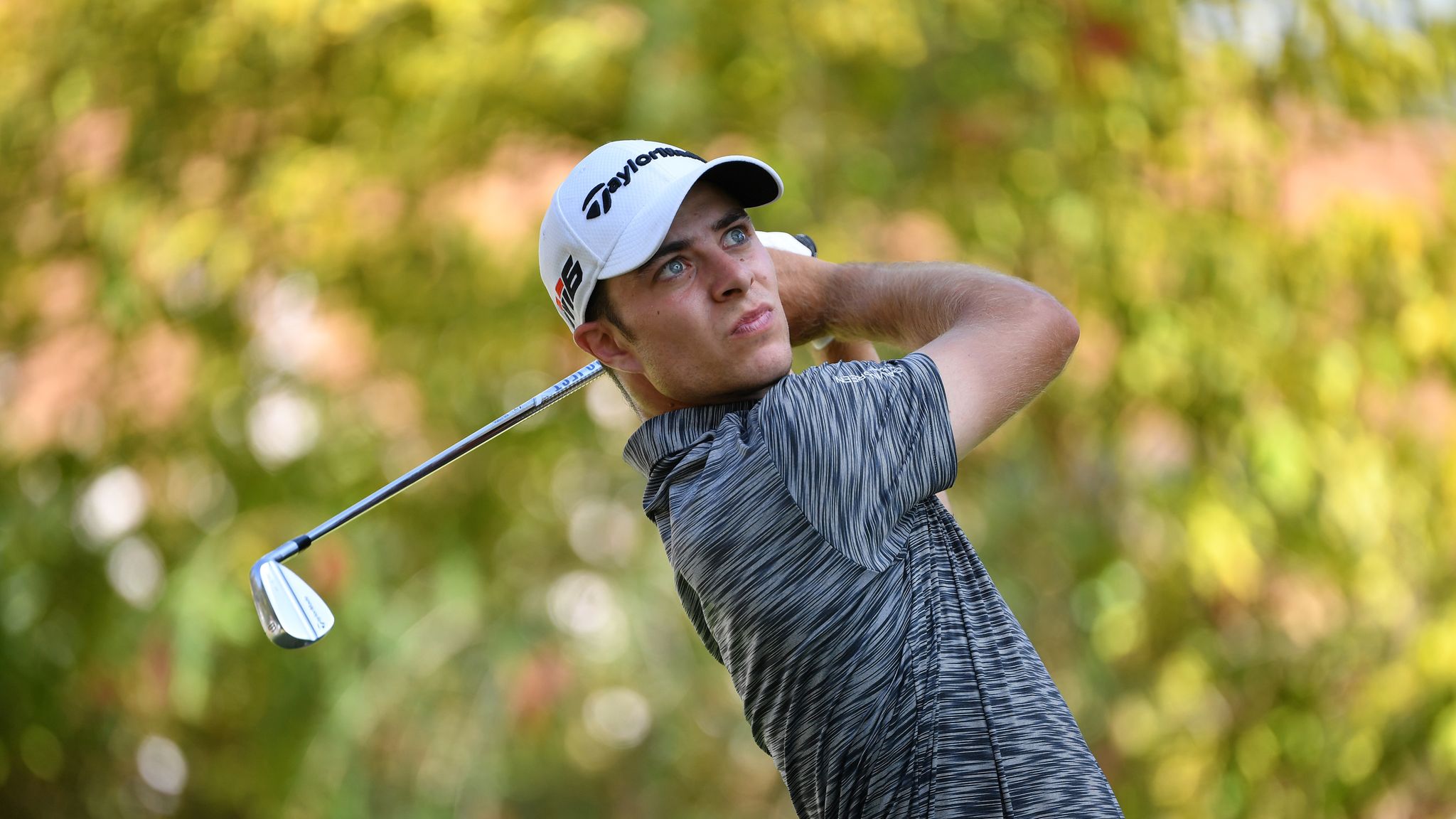 It feels like a home away from home here, my mum was born here and my sister lives here in Karen now. It very much has a home feel for me, it’s always going to be a special place with the memories I’ve had here down the years – I don’t think that’s something I’ll ever forget so I think any time that I’m here to play golf or here full stop is a blessing.

I think anyone who hasn’t been here is missing out. I think first and foremost the first thing that strikes you when you get here is how friendly everyone is, they make you feel welcome, they want you to be here and it’s genuine as well.

Beyond that, there are not many places in the world that are naturally more aesthetic than what we have here in Kenya. It’s just a beautiful place to be, very calm, the people are amazing and there’s so much to do. It feels like you’re at one with nature and I think we’ve lost that generally over time, so it’s an amazing place.

It was the first event of the season in 2017, I practiced well during the off-season and was playing well going into it, which was important. But it was key to get off to a good start, I think I was in the top three and close to the lead after the first couple of days and I stayed very calm and patient, and thought very well while I was playing.

I think on top of that, the support of the people that were there on Saturday and Sunday – I think they found out during the week that my mum was Kenyan and I was a fellow Kenyan and it was amazing the support that I had so it definitely played a role in the victory. It’s just a shame that there won’t be the same crowds here this week but it’s just awesome that we’re here and playing this week.

It meant a huge amount, even looking back on it now four years later. It’s special and probably my fondest memory of any tournament win that I’ve ever had. It’s just the history, with my mum being born here, it was the first time she had come back since she left as a teenage girl, it was Mother’s Day so it represented another day that was really important to the family.

It was just very special and things like that don’t happen very often so I was incredible to be able to share that moment with my mom and with it being my first victory on the Challenge Tour, with it being in Kenya, I think whatever I go on to achieve in the future that will always be very close to the top of the list for me.

It’s a great layout, very much an older style of course which isn’t overly long. There’s a lot of shape to the holes, you’ve got to hit different shots and really control your ball-flight as well because we’re at altitude, so distance control is imperative.

And I think, thinking your way around here as well – it’s very strategic and very different to the modern day courses so it’s nice to play, nice to change it up. So thinking, staying patient and really being in control of your ball flight is key this week.

It's a good feeling (to be back), I have some great memories from this course. As the tournament says, it's 'Magical' so it's very nice to be back.

I like the pressure, I like to be on the course with my caddie starting every single shot with a good strategy. It's the kind of feeling that you have when you are competing for a title.

It was not over until the very end (in 2019) because there were four, five players, only one shot apart. The second shot on the 18th, the last hole, was incredible. It just went straight to the pin; it was so good. I was thinking I had to be aggressive - I have always been aggressive - and it went really well because I hit the pin and the pin position was tough. I was confident with myself and I had a good yardage so I just went for the pin.

The golf course is great. I like it because it's tight and you have to shape the ball. You need to have really good control of your swing, of your ball. I really like it and it's a good test for everyone, with the altitude, and it's firm. It will be a great week for sure. If you hit the green you will 100 percent have a birdie chance so it's very nice and I'm sure everyone will enjoy the week.

It’s awesome. I haven’t been to Kenya, it’s my first time. It’s very African, when we got off the plane onto the bus, African music was playing. It’s amazing and people here are so friendly, it feels awesome to be here.

November was the last time I played, at the SA Open, and I had many options to sit around and wait for the tournaments or get stuck into some TPI training and do some hard work on the things that weren’t that great during the events back home.

I did a bit of work and I didn’t know what to expect this year – I came out with lots of swing thoughts and a lot of little fiddly things with my chipping. Through my first nine at Qatar I felt very uneasy, didn’t feel comfortable, and then everything clicked.

The second round my swing started coming right and by the third round everything was good. I struggled a bit on the final round but it was still good to shoot level in those conditions, having not been in competitive golf for so long, I was quite happy with the result. It was good and that’s why I’m happy to be out here playing two in a row.

To have played 400 events is crazy, I don’t feel old at all! To play that many events out here, I’m pretty blessed to be out here that long and play so many events and for the European Tour to be such a huge part of my life – I played most of my events out here so it’s been a great journey so far and I’m looking forward to the next 400.