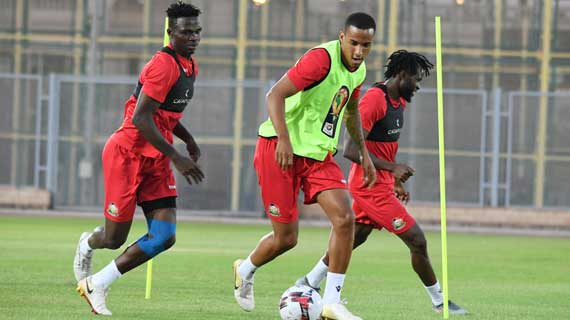 Kenya's coach Sebastian Migne has released his new line up as Kenya face neighbors Tanzania in an East African derby at the 2019 Africa Cup of Nations.

Speaking ahead of the match , the coach has challenged his players to put behind their loss against Algeria and focus on capturing maximum points to increase their chances of qualifying to the next round.

"We need to enjoy the match , it will be another game against Tanzania and it will be very important for us to learn quickly if we want to exist in this tournament. I am confident because we have shown some good qualities offensively during our qualifiers." He noted.

Kenya will need to beat Tanzania and hope to also beat Senegal in their final match to qualify as one of the two teams that progresses to the next round.

Compared to the first match against Algeria, the coach has rested Dennis Odhiambo,Eric Johanna  and Philemon Otieno and will instead start with David Owino, Eric Ouma and Johanna Omollo in their places.