This is why we refused Dar dressing room - Gor Mahia 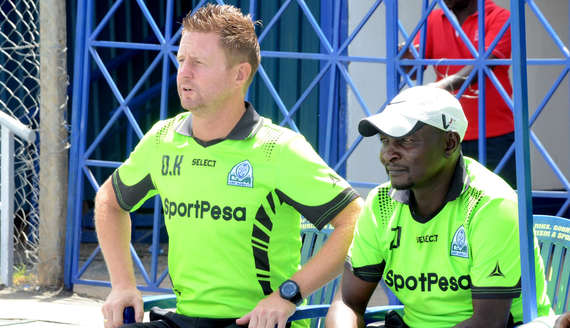 Gor Mahia have come out to explain their rocky adventure at the CECAFA Kagame Cup in Tanzania which saw them handed a two-year suspension after refusing to pick their third place medals. On top of that, Gor rejected their team hotel on arrival in Dar and in their semi against Azam rejected the dressing room.

The club has now moved to explain they refused to use the dressing room not because of rituals or juju, but because of the stench coming off the room at the National Stadium in Dar es Salaam.

Team manager Jolawi Obondo said that something not human had been applied in the dressing room and the players could not stand it, with the team doctor saying it was not a healthy environment for the players and team officials.

“Whatever was smelling there was not normal. It was not human. It was not a case of juju but the stench coming from there. It happened in 2015 again and even before the final, Simba experienced the same thing and twice refused to use the dressing room,”

“I called the CECAFA management and told them that whatever smell was there, it was unbearable, and they also concurred and agreed that something had been done in the dressing room. They are the ones who suggested and showed us a place to use just close to the gate, they even brought chairs for us,” Obondo said.

“One of the CECAFA officials came to where the players were then explained to the boys that the money will not be in cash but will be wired to the team’s account in Nairobi. The boys lost their heads at that point with that message. They expected to share the money from there like 2015 and maybe use it to buy a few things. This was the disappointment, but it went overboard,” Obondo explained.

Gor went on to lose the match 2-0 with two extra time goals.

Meanwhile, the Team manager has apologized on behalf of the team over the instance where they refused to pick up their bronze medals. He said this was brought about by misunderstanding with one official telling them they would not receive the money in cash but will instead be sent to the team’s bank account.

The players, Obondo explained were enraged by this as they expected to have received the money in cash and shared amongst themselves.

“We are apologetic to CECAFA because that was their ceremony and more so to our friend and part of us Mr. Musonye (Nicholas) that it was not intended to degrade the level of CECAFA but it was an unfortunate incident that we have to accept,” said the TM.