The Brightest Young Managers in the Premier League 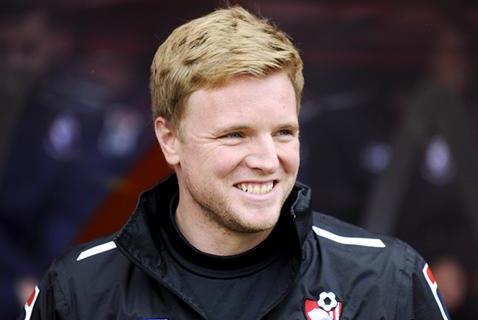 The Brightest Young Managers in the Premier League

Behind this attractive brand of British football are master tacticians, and although the league has its fair share of experienced managers (Mourinho, Van Gaal, Wenger), the league also possesses a bevvy of ambitious coaches who implement cutting-edge techniques to offer a European-style of play that the Premier League used to lack.

But who are the coaches that are currently catching the eye in the Premier League. Read on to hear about some of the most exciting managerial talents currently testing their mettle in one of Europe’s most prestigious leagues.

Swansea have surpassed all expectations since they were promoted from the Championship back in 2011 via the Playoffs. After a successful first season under the tutelage of the current Liverpool manager Brendan Rodgers, and after him, the former Denmark international Michael Laudrup, the Swans cemented their status as a Premier League team over their first two seasons.

However, when Laudrup was sacked and replaced by the young Gary Monk many struggled to find any superlatives for a young coach who had never held a managerial position before. But that didn’t affect Monk, who often seemed unflappable regardless of Swansea’s form. He even managed to guide the Swans to an 8th place finish even though he lost top goalscorer Wilifred Bony to Manchester City in the January transfer window.

What Monk has shown in his short time in charge of the Welsh outfit, is that regardless of adversity, Monk has the ability to get the very best from what players are at his disposal. Expect another mid-table finish for Swansea this season as Monk continues to grow in stature and transforms Swansea into a team that reflect his footballing beliefs.

Getting out the Championship is an extremely difficult task, however much money is given to a manager at that level. Last year’s competition for a place in the Premiership included Blackburn, Derby, Ipswich, Leeds, Bournemouth and Watford among others.

Neil was appointed after his success with Hamilton Academicals where he managed to get the side promoted to the Scottish Premier League. A no-frills manager, Neil has drawn comparisons to ex-Manchester United icon, Alex Ferguson, due to his erudite approach yet less than successful playing career.

If Neil can steer Norwich to a mid-table finish in his first full season at Carrow Road, his maiden year in the Premier League will be deemed a success that’s for sure but that will be easier said than done with the likes of fellow promoted teams Watford and Bournemouth already investing heavily in new recruits during preseason.

Probably the success story of the 2014/15 season, the young Eddie Howe guided the Cherries to the Championship title fending off Watford en route to winning the league. Howe is also the first manager to ever lead Bournemouth to the top tier in English football during their 125-year existence.

Having one of the smallest stadiums in the Championship and lowest budgets made Howe’s accomplishments even more impressive. With a mix of great loan signings and veterans, he managed to secure promotion to the big league playing attractive football along the way.

Howe has already bolstered his ranks with a slew of signings with Premiership credentials like Sylvan Distin (Everton), Artur Boruc (Southampton) as well as signing young stars Tyrone Mings (Ipswich) and Christian Atsu (on loan from Chelsea.

Most football fans are looking forward to the Cherries debut in the big league purely because of the exciting footballing philosophies Howe imposes on his teams, and don’t be surprised if the Cherries exceeds expectations this season and avoid relegation while Howe himself, is courted by some of the bigger Premier League teams along the way.

With Swansea starting the better of the three teams, managing a draw against title-holders Chelsea on the opening day, Bournemouth and Norwich will be looking to get some points on the board in the coming weeks. The three managers will take inspiration from some of the mainstays in English football’s top division, most notably the evergreen Arsene Wenger. The Frenchman has now entered his 20th season in charge of Arsenal and will be looking to kick on after winning the FA Cup in 2014 and 2015. Wenger’s inventiveness over the years and emphasis on fluid football has kept him on the cutting-edge of modern day football, and it’s managers such as Wenger who Neil, Howe and Monk will look to emulate.