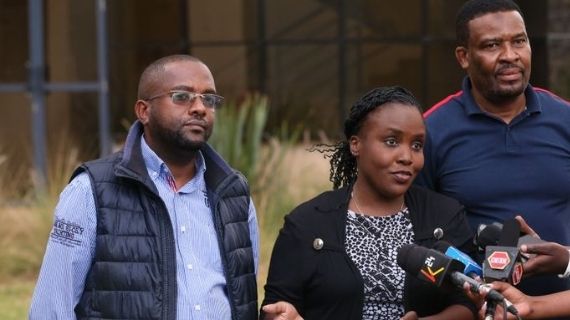 The FKF Caretaker Committee has dismissed as fake a draft budget of Ksh 875 million purported to fund its operations over the next months.

Caretaker Secretariat Head, Linda Ogutu addressed a media briefing in Nairobi on Saturday 20 November 2021, saying, “That budget doing rounds online is not associated with us. We are yet to devise a work plan and therefore have no budget in place.”

She also clarified that no member of the Secretariat had been degazzeted as alleged in another social media post circulating online.

Al Amour, a member of the Caretaker Committee added that plans were afoot to see the three top tier men’s leagues resume within the next few days. He said, “We are holding meetings with the relevant stakeholders to come up with a unified approach that will see matches resuming next weekend.”

The Caretaker Committee also indicated that they would hold talks with immediate former Head Coach Engin Firat over the vacant Harambee Stars job.