Teams land in Mombasa ahead of Volleyball playoffs 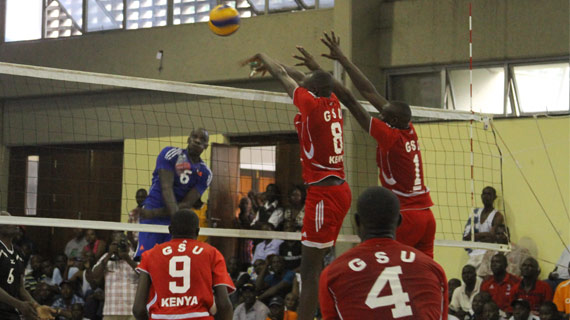 Teams land in Mombasa ahead of Volleyball playoffs

Kenya Pipeline and General Service Unit were the first teams to arrive in Mombasa ahead of the 2017 edition of the national league playoffs set to be held at the KPA Makande Hall between December 1st - 3rd.

Pipeline and GSU landed in Mombasa on Sunday while Kenya Prisons arrived on Tuesday.

With the withdrawal of Nairobi Water from the Playoffs, debutants Western Bombers from Bungoma will be making their first appearance at the finals while Cooperative Bank makes a return to the top four finish.

Other teams in the women final include Kenya Commercial Bank and Western Bombers.

The national league playoffs will be played on a round robin format with the best placed team being declared champion at the end of the league this Sunday.