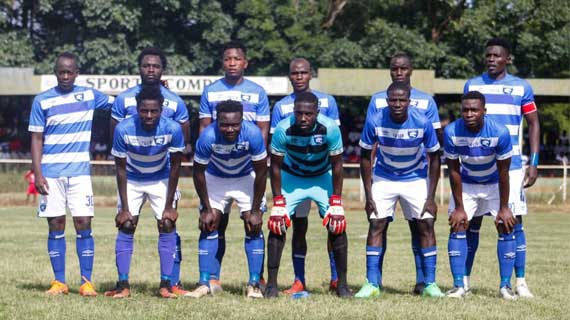 AFC leopards beat Sofapaka 2-1 at the Mumias Complex on Saturday evening to move to fifth on the Kenyan Premier League standings and bounce back from their defeat to Tusker.

Striker Elvis Rupia, on loan from Wazito FC scored both goals for Ingwe with Sofapaka halving the deficit late into injury time through Nana Jedinak. The victory saw Anthony Kimani’s men move closer to the leaders, the three points taking them eight points away from leaders Gor.

Sofapaka started strongly but were not clinical in their finishing. Ugandan Brian Kayanja saw his effort saved by fellow Ugandan Benjamin Ochan in AFC’s goal after being laid through by Elly Asieche in the fifth minute of the game.

In the 14th minute, John Baraza’s men had another chance when Mohamed Kilume set Jedinak through, but the Ghanaian’s shot was once again kept out by the hawkeyed Ochan.

In the second half, Leopards resumed with vigor, looking to take the lead and they did that just five minutes after the restart when Rupia converted from the penalty spot.

Willis Ouma was adjudged to have handled inside the box and Rupia stepped up to convert for his eighth goal of the season and the third in AFC colors.

Thirteen minutes to time, AFC sealed the victory with Rupia completing his brace after reacting fastest to a lose ball inside the box before chipping over an advancing Richard Aimo.

Sofapaka clawed back one goal in the third minute of added time when Nana pounced on a poorly defended ball to halve the deficit, but it was too little too late.