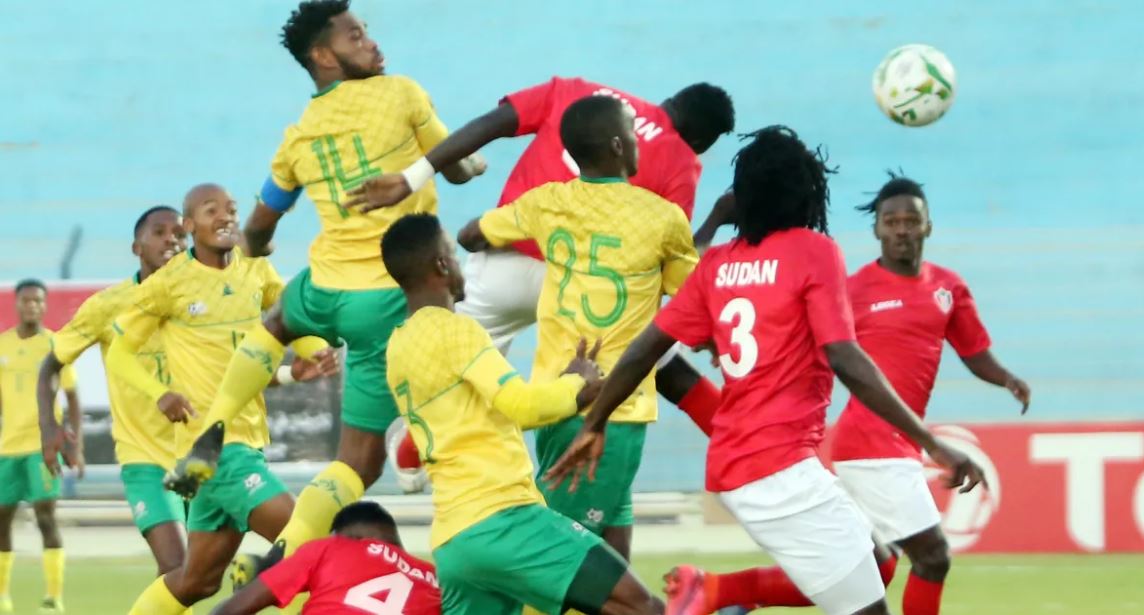 Action between Sudan and South Africa

By MICHEZOAFRIKA 29 Mar 2021
Sudan beat South Africa 2-0 at the Al Hilal Stadium in Omdurman on Sunday to secure their first Africa Cup of Nations (AFCON) qualification since 2012 when they reached the quarter finals. First half goals from Saifeldin Maki and Mohamed Abdel Rahman saw Herbert Velud’s men clinch victory on home soil and return to Africa’s premier competition Heading into the final round of Group C matches, Sudan needed a win at home by all costs while Bafana Bafana needed just a draw to progress as they went into the game in second place ahead of the Sudanese. Elsewhere in the other pool fixture, goals from Nicholas Opoku, Jordan Ayew (penalty) and Baba Rahman were enough for the already qualified Ghana to beat Sao Tome, with the visitors’ consolation scored by Iniesta in the 83rd minute. Ghana topped Pool C with 13 points, Sudan claiming second with 12 points.
Read more on : Tournaments