Struggling Mathare looks to get back to winning ways 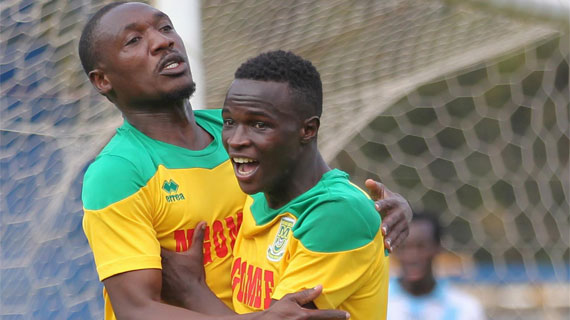 Winless in their last seven matches, Mathare United will be hoping to get their mojo back when they host AFC Leopards at the Kenyatta Stadium in Machakos on Sunday afternoon.

Mathare started off the season in sublime fashion and the early bookmakers had picked them as one of the title favorites, but no sooner had the season started to crawl than their struggles continued.

The Slum Boys, winners of the Kenyan Premier League title in 2008 have slumped to seventh in the standings, 19 points off leaders Gor Mahia.

They come into the AFC Leopards fixture on the backdrop of two losses in their last three matches. Coincidentally, Ingwe was the side that broke their unbeaten start to the 2018 season beating them 4-3 at the same venue, in a match that Mathare led 2-0 at some point.

“We have been conceding very early and that has been our major undoing. If we can keep it tight for the opening half hour then we stand a big chance of bagging maximum points because we will certainly score,” striker Cliff Nyakeya told the club’s official website as they prepare for the Ingwe task.

Nyakeya was on the score sheet during that 4-3 loss to Leopards early in the season and he hopes his goals will count for three points when the two sides lock horns again on Sunday.

Leopards meanwhile will be coming into the match in search of maximum points to push into the top three. Nonetheless, a win will only increase their point tally but not change their positioning on the log.

Rodolfo Zapata’s charges have had a mixed last five games, winning two, losing a similar number and drawing one.

Meanwhile in Narok, Sofapaka will look to take advantage of Gor’s slip in points when they take on Ulinzi Stars. Sofapaka could cut the gap between them and the leaders to 13 points and after back to back losses against Tusker and Sony, winning will be the only way of retaining their minimal title hopes.

The first leg between these two sides separated by two points on the log ended 2-1 in favor of Batoto na Mungu In Nakuru and they will be looking to complete a double at their adopted home ground in Narok.

Another side seething from back to back losses Kariobangi Sharks will meanwhile look to get their mojo back when they tackle Zoo Kericho at the Camp Toyoyo ground in the earliest kick off of the day at 11am.

Identical 3-0 losses against leaders Gor Mahia and Bandari have left William Muluya’s men tumbling to seventh in the standings and a hope of a top five finish this season will only find strength in maximum points at Toyoyo.

Sharks, on 34 points will move a slot up to sixth only if Mathare United lose to Leopards. Nonetheless, Muluya has rallied his charges to pick up their ruins and mend the walls as they look to put their season back on track.