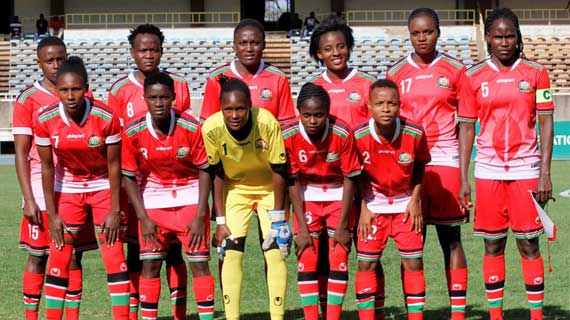 National women’s football team Harambee Starlets kicked off their campaign at the Turkish Women’s Cup with a 2-0 win over Northern Ireland B on Wednesday night.

Starlets broke the deadlock through Janet Bundi in the 62nd minute after finishing off from a goalmouth melee inside the box. Youngster Gentrix Shikangwa scored the second for starlets in the 75th minute when she headed home a cross from Mwanahalima Adam.

Starlets are now second in the Group B standings behind Chile who earlier on beat Ghana 3-0 in the opening match of the tournament.

Starlets take on the Chileans in the second match of the tournament being staged in Alanya on Saturday and victory will put them at an advantage as they vie for a place in the semi finals.

The team is using the tournament to prepare for the 2020 African Women’s Cup of Nations qualifiers which will kick off in April with a tie against Tanzania.