Starlets friendly against Zambia called off 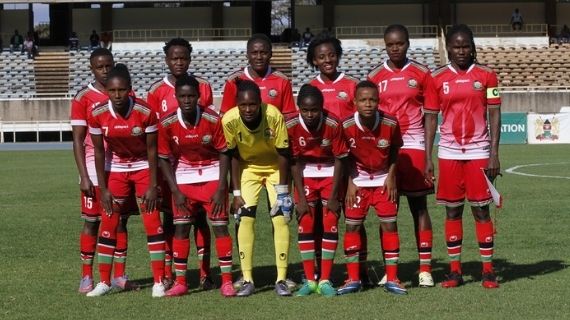 FKF yet to receive Government greenlight to resume training

Harambee Starlets friendly match away to Zambia's Copper Queens set for Saturday 24 April in Lusaka has been called off.

Official communication from the Football Association of Zambia (FAZ)  reads in part, "

Following communication from the Football Kenya Federation FKF) that their team has not been granted the greenlight to commence football activities by their government, the highly anticipated international friendly match between the Copper Queens and the Harambe Starlets has been cancelled.

The Tokyo 2020 Olympic Games bound Copper Queens were scheduled to play Kenya on April 24 in Lusaka, but the game has been postponed.

“Reference is made to our request letter for a friendly match as well as the National Presidential address made on 26th March 2021 on the Covid-19 pandemic in Kenya, which led to the suspension of all sporting activities in the country, including football,” read a letter from the FKF.

“The Kenya FA has since then been engaging the government, through the Ministry of Sports, in a bid to have football allowed to resume so as to enable adequate preparation for our teams scheduled to play in the upcoming AWCON 2022 and FIFA World Cup 2022 Qualifiers.”

“Regrettably, sir, we wish to inform you that we are yet to receive the greenlight from the government/Ministry of Sports to resume training in preparation for the friendly match and in view of the aforementioned and coupled with the travel restrictions outside the country placed on the national teams by the Ministry of Sports, we wish to request for the cancellation of the planned friendly match.”

FAZ General Secretary Adrian Kashala says FAZ was looking at other possible options for friendly matches in view of the cancellation.

“We are disappointed that this game is off, but we have some options on the table especially after the draw for the Olympics is done on April 21. The type of opposition we will have in our group will determine the kind of friendly games we will organize for our team,” he says.

“The team remains in camp as we look to finalizing the next international assignment. We have attached great value to preparations for Olympics for the girls and hope that they will be battle ready by July.”

The Copper Queens are among the 12 teams that have qualified for the Olympics and are the only representatives from Africa.

The team kick started their preparations for the Olympics with a 2-1 win over Chile in an international friendly in Santiago before losing 3-1 to South Africa.