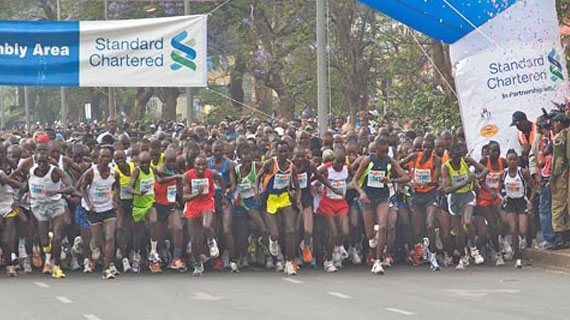 The 2017 edition of the Nairobi Standard Chartered marathon has been postponed. The annual race was scheduled to take place on October 29 but will now be held towards the end of November.

The date change was reached upon after Kenya Interim Independent and Boundaries Committee – IEBC- announced 26th of October as the date for Kenya’s repeat elections.

According to the Organizing Committee, the venue of this year’s event will also shift from the traditional Nyayo National stadium to Railway Club due to the ongoing construction works at Nyayo stadium.

Organizers have also announced that this year there will be an additional 300,000 on the prize money up for grabs.

Over 30,000 runners are expected to take part in the race that is internationally sanctioned by IAAF.