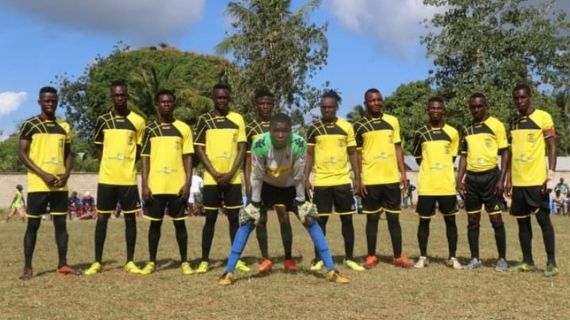 Villa returned from the break to pressure Assad and grab their equalizer through a Paul Munala goal in the 59th minute but Juma Mwinyi would score the decisive goal in the 66th minute to seal Assad’s place in the NSL which kicks off on Saturday 6 November 2021.

Assad had finished the regular season placed second in the FKF Division One Zone A league which saw Naivas FC finish top and earn an automatic berth to the NSL while Villa were second in Zone B behind Mara Sugar who were also promoted automatically.

The National Super League is the second tier of the Kenyan football league system, with a promotion and relegation system with the Kenyan Premier League and FKF Division One. Some of the league's member clubs are fully professional, while others are semi-professional.

The league was formed in line with the introduction of a new six-tier system by the Football Kenya Federation to take effect from the beginning of the 2014 season.

There are 20 clubs in the Kenyan National Super League. During the course of a season, each club plays the others twice (a double round-robin system): once at their home stadium and once at that of their opponents, for a total of 38 games. Teams receive three points for a win and one point for a draw, with no points awarded for a loss.

If still equal, the ordering is determined by their head-to-head records. If there is a tie for the championship, for relegation, or for qualification to other competitions, a play-off match at a neutral venue decides rank.

In the same way, the bottom two teams of the National Super League are relegated to Division One, with the top two teams from both Division One zones promoted in their place.