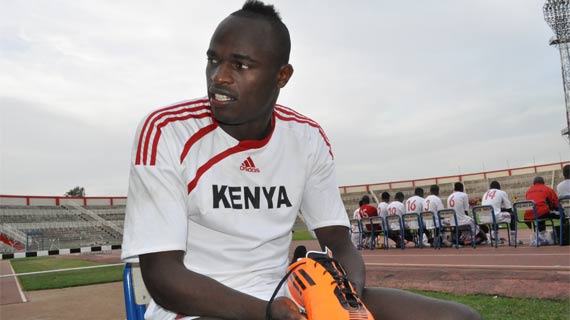 Former Harambee Stars captains Musa Otieno and Dennis Oliech have been appointed to serve in a 10-man Sports Development Committee by Nairobi Governor Mike Mbuvi Sonko. The duty of the team of 10 will be to identify, develop and nurture sports talents in the city.

The Governor made this announcement on Tuesday afternoon after signing the Nairobi City County Sports Management (amendment) Bill 2018 in to law at City Hall.

“This team, which is composed of Kenyans who played in the international games, will help us develop our own sports locally. We believe that they will share with us their great experience and they will be inspirational to our own youth,” said Sonko.

Sonko added that developing sports in the city is part of creating job opportunities for the hundreds of thousands of talented youth.

He said infrastructure development is important in sport development that is the reason why the Nairobi City County is putting up state-of-the-art stadia that meets FIFA standards in Dandora, Ziwani, Woodley, Riruta and Kihumbuini.

“Our engineers are already on ground and work in on progress. I’m on the ground supervising the ongoing projects. I want to warn that any of my officials who will be implicated in any scandal in any of my projects, will be face the law,” said Sonko.