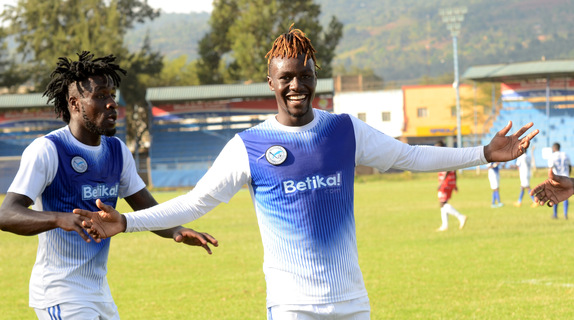 Sofapaka survived a late scare from Posta Rangers to win 3-2 and move within six points of leaders Gor Mahia, who however have two matches at hand. Second half goals from Francis Nambute and Felix Oluoch saw Posta come from three goals down, but they couldn’t land the equalizer and a probable winner as Sofapaka lived on the edge.

The victory took Sofapaka to 52 points, six behind Gor who play KCB on Thursday in Machakos and they will be quietly hoping the reigning champions drop points to keep the title hope alive.

John Avire had given Sofapaka a 1-0 half time lead before a mad two minutes in the second half saw Umaru Kasumba and George Maelo score to give Batoto ba Mungu a comfortable lead. However, their defensive misgivings were visible once again as they easily let Posta back into the game.

Avire broke the deadlock after 27 minutes when his powerful shot from inside the box after Maelo’s shot was block trickled into the net despute a late attempt to block by keeper Eliud Emase. Sofapaka had a bright start into the match and had many chances to score.

Posta posted the earliest opportunity at goal, Oluoch finding a cross inside the box unmarked but luckily headed wide.

Sofapaka grew into the game and in the 18th minute Kasumba connected to a cross from Brian Magonya, but it didn’t have enough sting to worry Posta keeper Eliud Emase. Two minutes later, Sofapaka created an even better chance when Kasumba picked out Ibrahim Kajuba with a decent cut-back but the midfielder’s effort was saved by the keeper.

But in the 27th minute, the deadlock was broken when Avire’s shot found its way past a packed defense after picking up a rebound from Maelo’s shot. The striker had scored just a minute after Emase had denied him with a one on one save.

Ten minutes after going ahead, Sofapaka had another opportunity when Titus Achesa wheeled his way into good shooting position from the left, but his right foot shot was wide.

Five minutes to the break, Posta were on the break with Oluoch again causing the danger, this time racing away on the left but his eventual shot came against the bar.

Sofapaka needed just three minutes in the second half to seal the game. On a counter, Kasumba broke the offside trap to round the keeper and tap home his 15th goal of the season. Two minutes later, Maelo scored the third when his dipping effort from range caught the keeper napping.

Posta though caused some scare with a fight back, Oluoch scoring one back in the 53rd minute after picking the ball unmarked from a defensive mishap. In the 71st minute, Nambute scored the second for Rangers when he pounced on a spill from Justin Ndikumana whose attempt at collecting a shot from John Nairuka wasn’t successful.

Despite some late pressure, Sofapaka managed to hold on to the lead and solidify their hold on second spot.