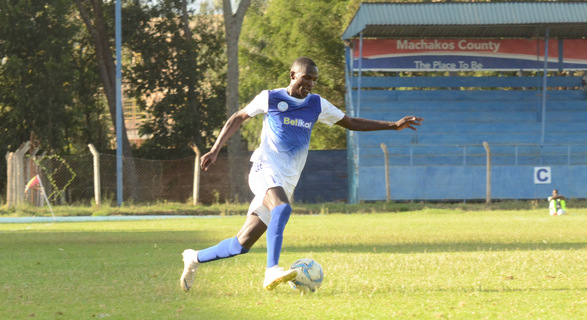 Sofapaka striker Umaru Kasumba says he yearns to get a call up to the Uganda Cranes ahead of the African Cup of Nations in June. Kasumba has scored 15 goals so far this season and sits joint top of the scoring charts same as Allan Wanga of Kakamega Homeboyz and Ulinzi’s Enosh Ochieng.

Kasumba who scored 10 goals last season and 13 in his debut year in 2017 where he played for half a season says he feels ready to don his national team colors.

“I am ready and I think if given a chance, I will prove what I can do. I have proved it on the pitch this season and I have seven more games to prove more. Every player wants to represent his country and it is my personal dream to play for the Cranes,” the Ugandan forward told the club’s official website.

He has only earned call ups in provisional squads before but is yet to debut for the senior team despite playing for the U23s.

His coach John Baraza also thinks he is ripe to play for the national team and believes he should be given a chance.

“He has been here for three seasons and has been scoring. They should consider him because he is delivering and what do you want as a national team coach? You want a striker who is scoring. He deserves a chance,” Baraza said.

Meanwhile, the forward hopes he can notch 20 goals this season and clinch the golden boot.

“I think I am really happy with how I have progressed this season. Bearing in mind I didn’t start the first five games due to injury I think I have done well. My target this season from the start was 20 goals and I believe I will get that target,” he said.

“Secondly, I also want to win the Golden Boot and I will work hard to win it,” he said