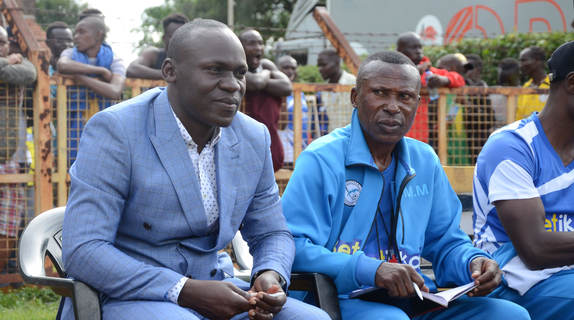 Sofapaka tactician John Baraza eyes to take his side to second place in the Kenyan Premier League standings when they take on Thika United at the Narok Stadium on Sunday. Batoto ba Mungu are fourth on the table with 31 points having lost their last league game against a resurgent AFC Leopards.

Baraza has urged his charges to take up the game with utmost seriousness despite the fact that Thika are struggling to get results. Thika shocked Sofapaka with a 2-1 beating in the first leg and Baraza knows only too well this is a match they should approach with caution.

“Thika is a good team despite their current struggles. We can’t approach that game relaxed like we did against AFC. We were on a good run and I think it got into the players’ minds. They were too casual and thought things would happen without them fighting,”

“We have to get into the Thika game with the right attitude and fight to get a win,” the coach noted.

In Narok, Sofapaka will be boosted with the return of striker Kepha Aswani who missed the Ingwe game with injury while new signing Piston Mutamba might be unleashed for his debut.

“Piston came back from national team duty and we thought he wasn’t at the best physical level in terms of fitness. He had played all games for the national team plus the jet lag as well so we decided to rest him. Against Thika, for certain he will play,” Baraza noted.

The team will miss the services of Bernard Mang’oli who picked a cut in training.

History will favor Sofapaka in this tie as they have won nine and lost four of their last 19 meetings with Thika.