Snubbed by Harambee Stars, Were wins Best player in Zambia 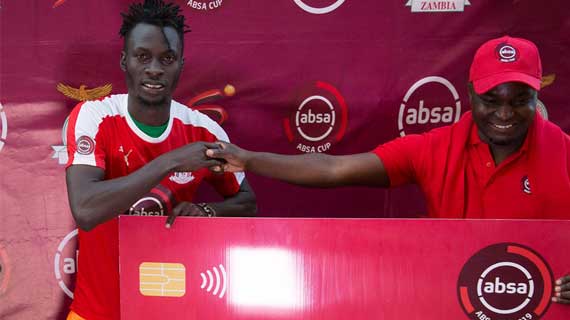 Despite being snubbed by national team Harambee Stars , Jesse Were has been named as the player of the tournament after the ABSA Cup tournament in Zambia.

Former Kenyan International Jesse Jackson Were has been named as the player of the tournament after conclusion of  the Zambian ABSA Cup League.

The Kenyan forward who plays for Zambia's top side Zesco was instrumental as his team beat Zanaco 4-1 to win the final  of the ABSA Cup at the Levi Mwanawasa stadium in Ndola.

In the final , Jesse scored the opening goal for the champions and was instrumental in the setting up of the third goal  in partnership with compatriot Anthony Akumu.

Were was the key pillar for Zesco as he scored a brace in the semi finals  to fire his team into the finals.

Jesse Were was snubbed by Kenya  national team head coach Sebastian Migne despite his top form in the Zambian league.

Kenya's Harambee Stars will be in action on Sunday 23rdc June as they open their campaign at the Africa Championships  against Algeria.