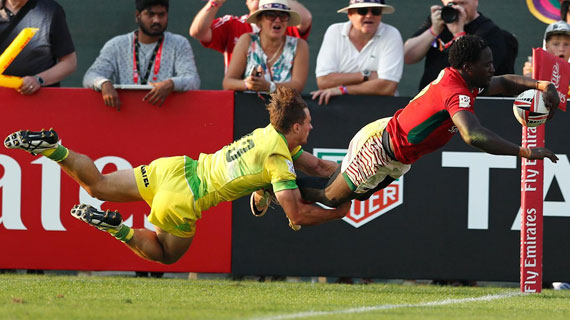 Kenya Sevens have been drawn against alongside New Zealand, Canada and Zambia in Pool C of the 2018 Commonwealth Games Rugby Seven games set for April.

New Zealand are currently ranked second in the HSBC world Rugby Series. They were runners-up during the 2014 Commonwealth  games won by South Africa and will prove to be the biggest hurdle for Shujaa alongside familiar opponents Canada.

For the first time in history, women’s competition at a Commonwealth Games is on the timetable with Kenya Lionesses attracting Canada,South Africa and Fiji in Pool A.

The multi-sport event for members of the Commonwealth  will be held on the Gold Coast, Queensland, Australia between 4 and 15 April 2018.

Kenyan federations have until February 26 to select their squads and to submit final entries on March 7.

Athletics trials are set for this Friday and Saturday