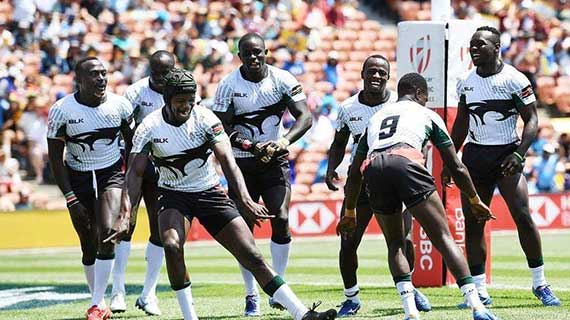 Shujaa have been drawn in a tough Pool A for this weekend’s Sydney Sevens in Australia. They will face off with Hamilton 7s champions New Zealand, Fiji and Wales with the tournament also retaining the format of moving straight to the semis from the group round matches.

The Kenyan boys will start their campaign against Fiji at 6.09am on Saturday before playing Wales at 12.05pm the same day. They will conclude their pool fixtures with a clash against current series leaders New Zealand at 5.41am on Sunday.

The side coached by New Zealander Paul Feeney will hope for an improved performance but most importantly, learn from their downs at the past weekend leg in Hamilton. Shujaa picked up a win, a draw and a loss to finish second in the pool.

Only pool winners proceed to the Main Cup contention, with the games heading straight to semis. The second placed teams contest for position eight and seven.

Shujaa finished eighth in Hamilton, collecting 10 points that saw them move one position up the standings to 10th with 25 points.