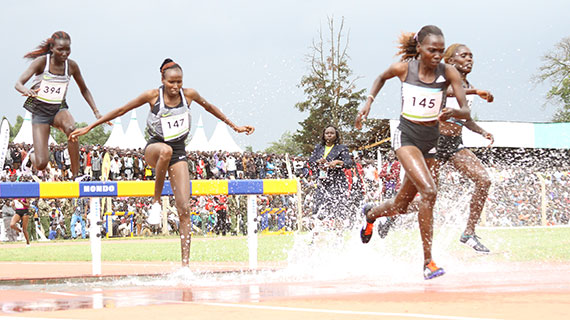 Algeria, Rwanda and Tunisia are the only African countries in the list of 15 whose citizen will be allowed to travel to European Union member countries

Kenyan athletes may miss the prestigious Diamond League action which resume on August 1 in Monaco should Kenya's Covid-19 epidemiological state continue to deteriorate.

The European Union opens up it's borders on July 1 and Kenya was neither listed among initial 54 countries released on Saturday June 27, nor the leaner list of 15 published on the morning of Tuesday June 30 whose citizens would be allowed to enter the Schengen Zone.

According to the Schengen area visa news website, the list will be reviewed every two weeks and adjusted depending on the latest Corona  Virus developments in each country.

The arrival of Covid -19 has senn the cancellation of global sporting events thus cutting the financial flow of Kenyan athletes. The possibility of world sports returning (in the Schengen block) and Kenyans locked out because of poor epidemiological situation in the country would be a big blow for athletes' earnings.

Athletes' dreams of returning to the track, fields and the road may still be in the horizon but how fast Kenya's curve improves will determine the time frame they can work with.

Kenya's Covid-19 number are however not encouraging at all. In the recent days, the country has had increased number, recording over 200 positive case on a daily basis totaling 6366 on Tuesday with 2039 recoveries and 148 deaths.

Algeria, Rwanda and Tunisia are the only African countries in the list of 15 whose citizen will be allowed to travel to European Union member countries.

Diamond League competitions are lined up for August 1 in Monaco, August 23 in Stockholm, Sweden then September 4 in Brussels, Belgium. Lausanne event in Switzerland on September 2 will be an exhibition leg. The British Grand Prix is scheduled for September 12 in Gateshead and then the Rome Grand Prix five days later in Italy.