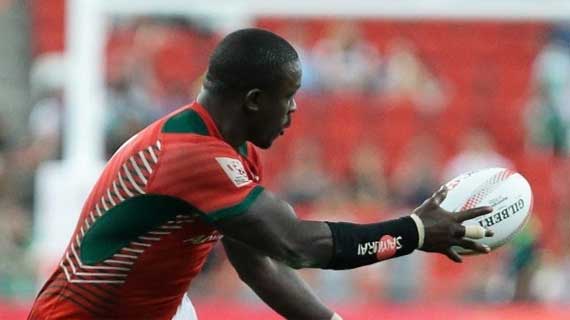 The Kenya Rugby Union has announced an agreement with senior national team players who have agreed to return to the field .

The Kenya Rugby Union on Monday announced that they have penned a return-to-work agreement with senior players of the  Kenya national rugby team.

All Shujaa players who represented the country during the 2017/2018 HSBC World Sevens Series signed the deal that will see them return to the world stage in the remaining four circuits of the 2018/19 season.

The players fell out with KRU for breach of contract mainly in terms of payment. This forced the technical department to work with young and mostly inexperienced players and this has seen Shujaa's performance dwindle, and are now flirting in the relegation zone.

However, the returnees will not get any special treatment when they rejoin Paul Murunga's camp.

“The boys are welcome in the team and will be given equal opportunity to train and a chance to be selected to play in the remaining legs. We still retain all the players who have been training and playing in the last six legs of the 2018/2019 season,” head coach Murunga said as quoted by the official website.

Sylvia Kamau, KRU CEO noted the Union is glad that both parties have arrived at an agreement.

The team resumes training  on Tuesday, March 19 and the selected squad will travel on the April 31 for the Hong Kong Sevens  where Kenya is drawn in Pool 'C' alongside Fiji, New Zealand and Australia