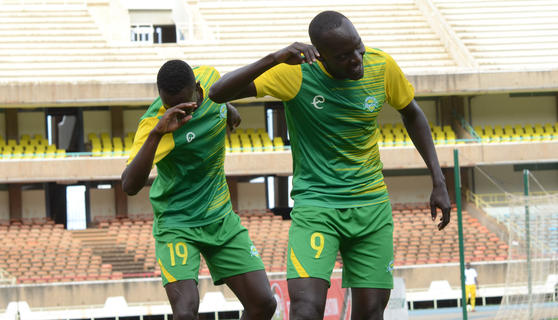 Seda was forced to cut short his playing career after failing to recover from a knee injury and Sharks have now given him a path to pursue coaching.

Kariobangi Sharks have announced that former AFC Leopards and Mathare United midfielder Ezekiel Seda has joined the team as an assistant coach following the departure of Charles Omondi.

Seda was forced to cut short his playing career after failing to recover from a knee injury and Sharks have now given him a path to pursue coaching.

The midfielder has played for Leopards for the last two seasons but aggravated a knee injury while playing against Bandari. Two weeks ago, he made the decision to hang his boots after it became apparent that he could not go on with active playing.

“Being a former player in the league, he brings with him a proper understanding of the local game. Further to that, as a young coach, he becomes another part of our system of promoting youth football and we hope his age will be an advantage in dealing with our relatively young squad,” a statement from Sharks stated.

He joins in as the club is preparing to face English Premier League side Everton FC next Sunday in a historic friendly match at Kasarani. Tickets for the match have started selling.

VIP tickets for the game are retailing at 1,000 shillings while ordinary tickets will sell at 100 shillings with more than 60,000 fans expected to attend the 4pm kick off.

Everton are expected to arrive in the country this week and will engage in several CSR activities before facing Sharks in their first pre-season friendly.

Sharks won the right to face Everton in their first pre-season game after clinching the SportPesa Cup in Dar es Salaam, Tanzania in January.