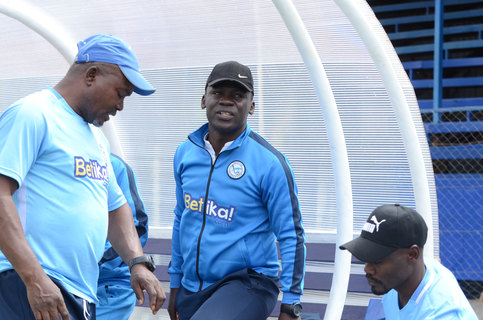 Sofapaka head coach John Baraza says anything below finishing second on the Kenyan Premier League table and winning the Football Kenya Federation (FKF) Shield title will be considered as a disappointing season for them.

Sofapaka qualified for the semis of the Shield as they beat Tusker FC 2-1 in Machakos on Sunday and are currently placed fourth in the standings with 47 points, seven behind second placed Bandari.

“We wanted to win the league, but unluckily for us, we couldn’t achieve that target. Right now what remains of us is go out and try finish second because that is where we finished last season. If we will not be able to do that, then it will not end up as a good season for us,” the coach said.

Baraza who has won the Shield thrice as a player is also hopeful he can complete the cycle and win it as a coach in his first almost full year in charge of Batoto ba Mungu.

“Being part of history is motivation enough for me and I would really want to earn that title as a coach. But the biggest motivation is the players. Most of them have not won it so they have that motivation to go on and win it,” the tactician said.

Looking back at the game against Tusker, Baraza was full of praise for his players especially having the character to come from a goal down and win.

“We expected a tough game because it has always been close between us and Tusker. They beat us in the league and had come in to this match with huge confidence but we had a plan and we executed it well,” the tactician further explained.