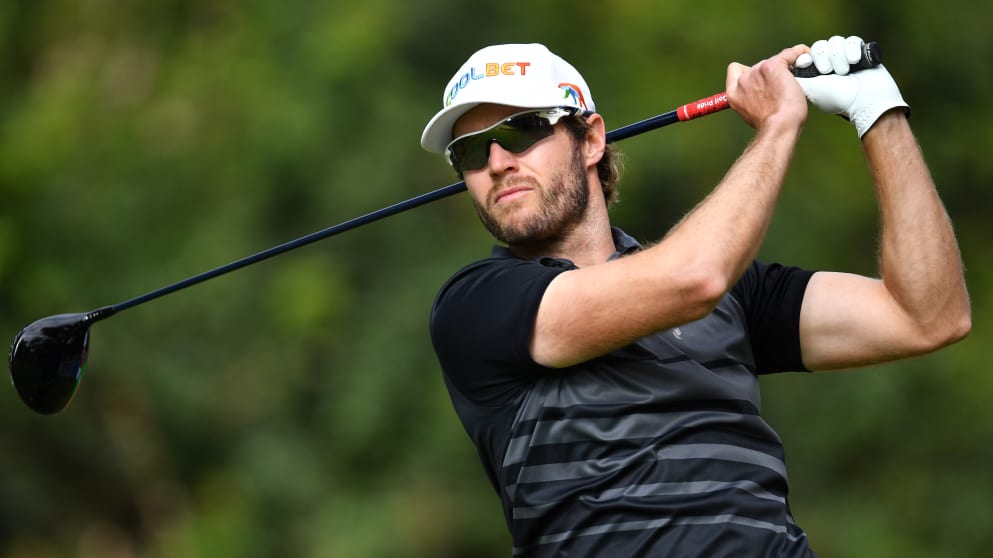 Kalle Samooja continued his good recent form to take a share of the halfway lead at the 2021 Magical Kenya Open presented by Johnnie Walker.

The Finn has had three top ten finishes in his last ten European Tour starts and a five under par 66 at Karen Country Club leaves him alongside Australia's Scott Hend on 11 under par heading into the weekend.

Since graduating from the Challenge Tour ahead of the 2019 season, Samooja has impressed with two runner-up finishes on the European Tour, and will now look to secure a first win at this level.

Starting on the back nine, Samooja began with a hat-trick of birdies before dropping a shot on the 15th.

A gain at the 17th was handed back at the next, as was a birdie on the fifth from close range.

However, Samooja eagled the drivable seventh and produced a closing birdie on the ninth for good measure.

“I got off to a flying start, opening with three birdies, and then I was struggling a little bit to get quality shots,” said Samooja. “I don’t know why but I played the sixth hole really badly. It was just a bit of bad luck from the rough and then a bit unlucky with the second shot, coming back into the bunker and then I struggled with the short game.

“Then a huge bonus at seven from the front of the green, I don’t know how long it was – 50 metres, maybe more – for an eagle and then a good birdie at the last so I’m really happy with how I finished the round today.

In stark contrast to Samooja, 47-year-old Hend came into the week having missed seven cuts in his last eight events but a joint best of the week 64 moved him into contention for a fourth European Tour title.

Hend looked like snatching the outright lead when he made his eighth birdie of the day on the 17th, but, like Samooja, he bogeyed the last.