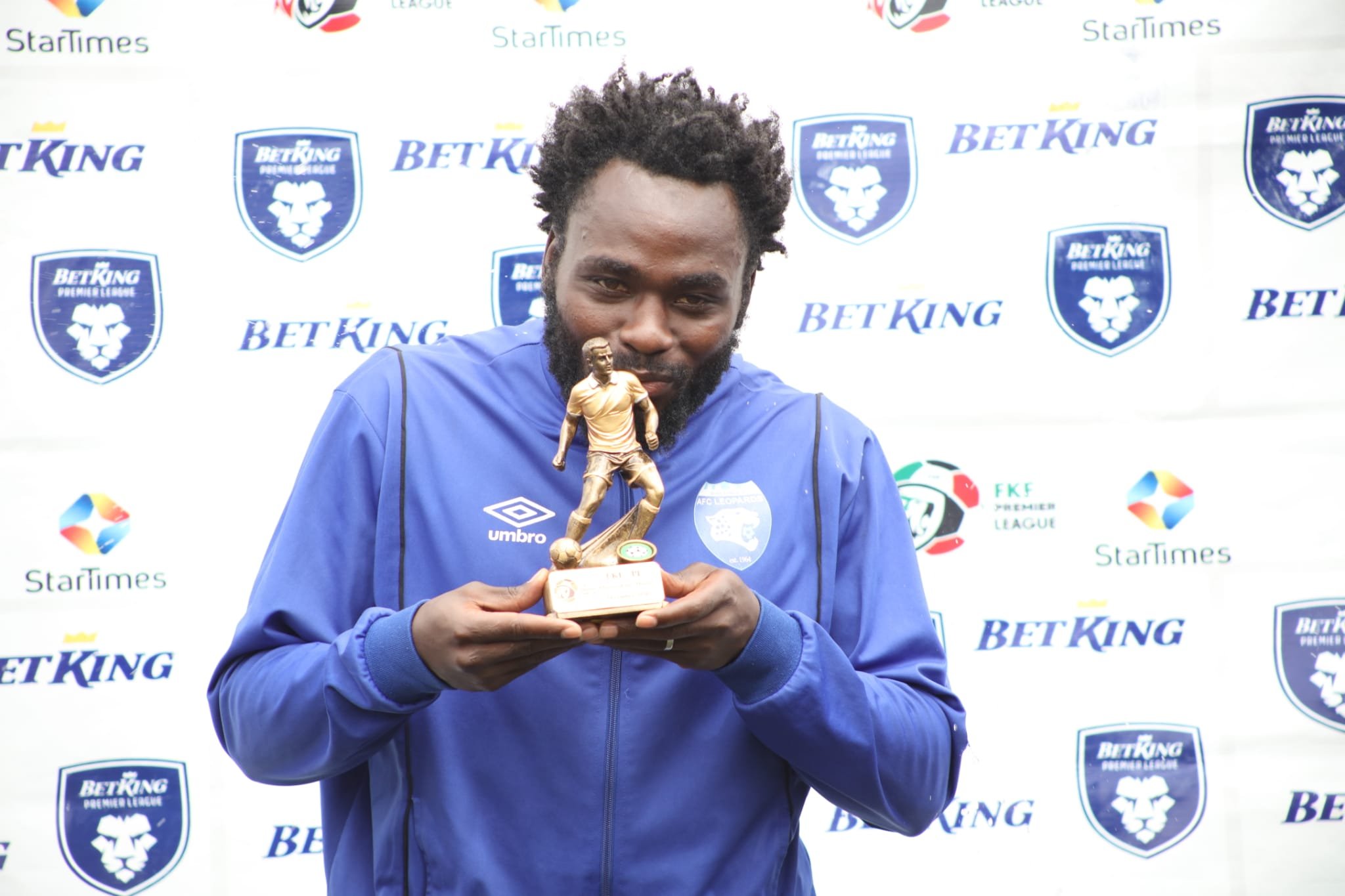 Elvis Rupia has become the first ever recipient of the FKF Premier League (FKFPL) Player of the Month prize after he was awarded for his exemplary performances for the month of December.

Aside from a glossy new trophy, Rupia also gets a KES 50,000 cash prize.

The former Wazito FC striker began the season in sharp form as he netted six goals in just four matches played in the month. He began by netting the winner against Tusker on matchday 1 before following that up with a brace against Bidco United in Leopards’ second fixture. He wrapped things off in style by grabbing the season’s first hatrick in a dominant 3-0 win over Sofapaka.

He did not find the net as Leopards shockingly lost to Western Stima in their last game of the month with the stat further highlighting his importance and influence in Anthony “Modo” Kimani’s side at the time.

KCB’s Okoth came in a close second as his heroics between the sticks helped maintain The Banker’s 100% record as they only conceded once in five matches.