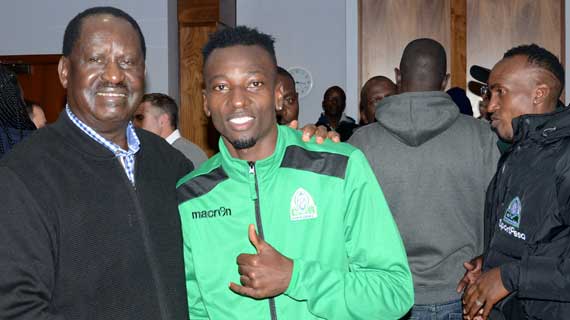 Kenya’s  former Prime Minister Rt.Hon. Raila Odinga paid Gor Mahia’s team a courtesy call at their team hotel in Liverpool ahead of Tuesday’s friendly against English Premiership side Everton, charging them to go in and do their best.

Hon. Odinga, who is also the club patron says the team is under no pressure to go and win, but go perform to the best of their abilities.

He has challenged them to put their best feet forward and get a result that will put Kenyan football on the map.

“It’s not a matter of life and death but the most important thing is to showcase yourselves. It’s not a battle between David and Goliath, it’s between Goliath and Goliath, we want you to have confidence in yourselves.” He said.