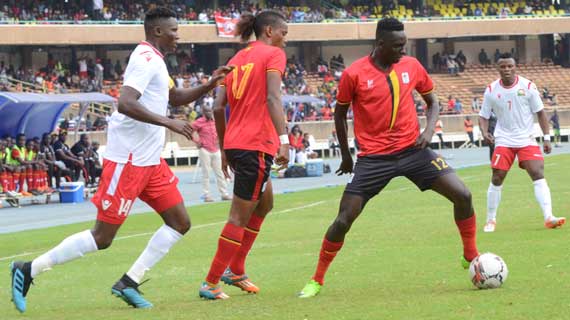 Kenya has been handed a tough regional pool for the FIFA World Cup qualifiers having been drawn with neighbors Uganda and Rwanda as well as west African side Mali in group E of the qualifiers after the draw was conducted in Cairo today.

It will be a battle of wits and regional bragging rights especially with Uganda who have been Kenya’s rivals for a while. The last time Kenya met any of those teams in a qualifier was Uganda in 2011 during the AFCON qualifiers.

Reacting to the draw, Kenya’s coach Francis Kimanzi said; “It is tough but doable. All of us apart from Rwanda were at the Afcon and we know each other. I am excited for these battles and the good thing is that our travels are limited. We only have one trip to West Africa and that’s good,”Kimanzi said.

He added; Ï am excited and I really feel that we have a good chance.”

A total of 40 teams were drawn into 10 groups with the top in each after the group stage qualifiers set to be drawn against each other to play a home and away match for the final five to represent Africa in Qatar in 2022.

The group phase will start in March and end in October next year while the final knockout round will be played in November.