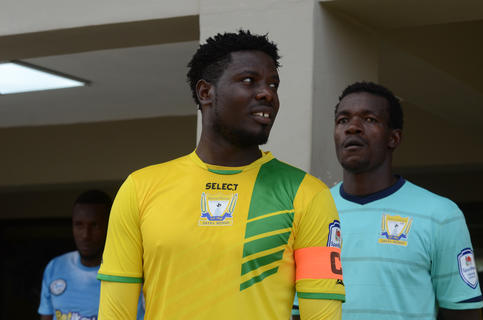 Allan Wanga continued his hot scoring form, hitting the only goal of the match as Kakamega Homeboyz beat relegation fighting Mount Kenya United 1-0 at the Bukhungu Complex on Easter Monday. Wanga has scored a goal in all the last four matches for Homeboyz and his strike against Mount Kenya takes his tally for the season to 15.

“Step by step I keep working hard and I am sure I can vie for the golden boot. We have nine matches left before the end of the season and I believe I can get to 20. But for me the first objective is to help the team win whether I score or not,” Wanga said after the match.

With the win, Homeboyz moved fourth in the Kenyan Premier League standings with 41 points, seven behind leaders Sofapaka.

Wanga now stretches his lead at the top of the golden boot searching men with his closest challenger, Sofapaka’s Umaru Kassumba sitting second with 13 goals. Ulinzi’s Enosh Ochieng who scored in Sunday’s 1-1 draw with Gor Mahia is third with 12 goals.

The surge for the golden boot is seen to be between these three gentlemen with fourth placed Cliff Nyakeya being five goals behind the top three with seven same as Yema Mwana, Nicholas Kipkurui and Enock Agwanda.