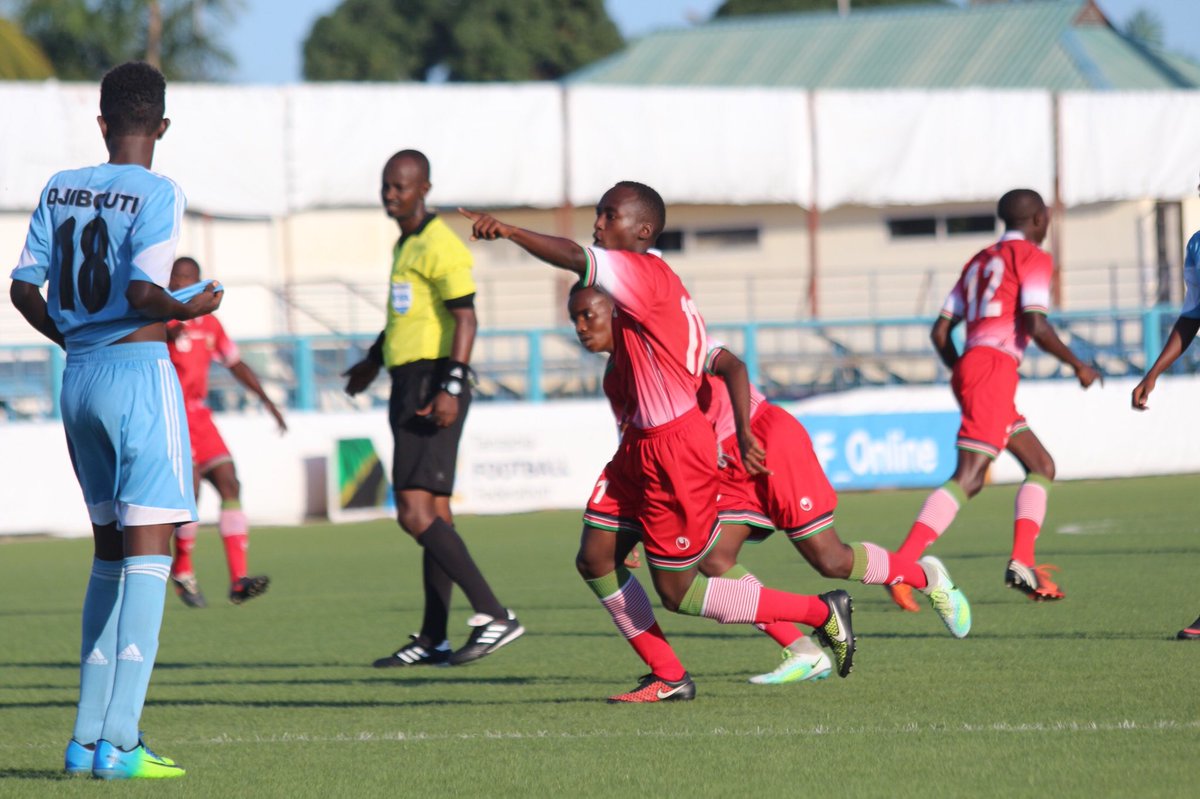 Richdonald Bolo struck twice and gave an equal number of assists as Kenya’s Under-17 team hit nine past Djibouti in the CECAFA Championship on Friday to keep their hopes of qualifying to next year’s Africa Under-17 Cup of Nations on track.

The victory put Kenya on six points having won their opener 4-0 against South Sudan and will now play Uganda in their next match.

Kenya got off to the mark early after dominating the match , Keith Imbali breaking the deadlock with a delightful shot from range that caught the keeper off his guard. They went to the breather with a three goal cushion after striking a quick brace late in the first half.

Said Musa slotted in a simple finish from inside the box after some quick interchange of passes which ended in a cutback for Musa to tap home in the 37thminute before Bolo scored the third two minutes later with a simple tap unmarked inside the box.

Kenya continued with the dominance in the second half and just seven minutes in, they were 4-0 up, Bolo hitting his second with a sweet finish on the volley. Eight minutes later Nicholas Omondi coming to the end of a good team play with a rasping shot that the keeper couldn’t handle.

Mathew Mwendwa then adeed on the tally with abrace within nine minutes, hitting in strong shots from distance in the 62nd and 71st minutes, as Kenya continued its dominance.

Bolo then completed his hattrick late on with Imbali also adding his second with a ninth late on, another shot from distance slipping through the keeper’s fingers.