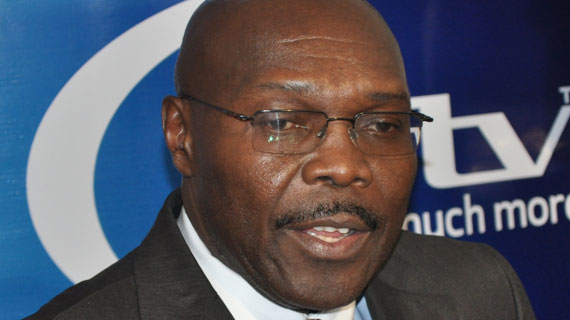 End of an era as Gor Chairman set to step down

Gor Mahia chairman Ambrose Rachier says he will not be offering himself for re election when the club conducts its polls at the close of the year, saying it is time for him to leave the seat for fresh leadership.

The seasoned city lawyer has been at the helm of the club’s leadership since 2008, seeing the team get its glory back and dominate the Kenyan premier League.

“After much thought and whatever has been going on on the sidelines, I have decided that I will not be standing for re election.I have served the club well for 11 years and I think it is time for me to leave. I do not want to overstay,” Rachier said.

The chairman has been under pressure over the last few years and the last election which he won was stormy with calls for change at the top hierarchy.

He has however defended his time at the club saying he does not have any regrets as he has served the cub in his best way possible including spending his own money to run the club’s activities.

“I have won the league six times as chairman, I brought back fans into the stadium, I have helped the club get two different sponsors, we have a team bus, we have a club sacco and these are just but some of my achievements. I leave a proud man,” Rachier stated.

He says he will not pin point his successor but notes he will leave that decision to the club’s members when they go to the polls.