Race for promotion hots up as NSL gets to penultimate stage 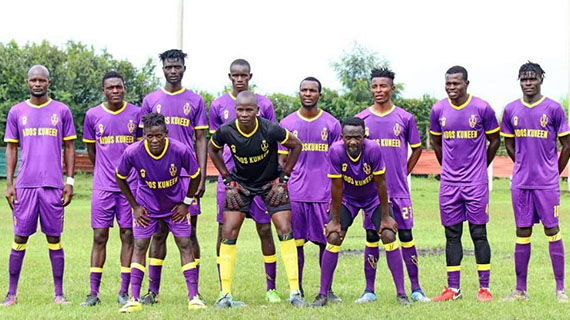 The race for Kenyan Premier League promotion might be decided as early as Wednesday when the penultimate round of the National Super League takes place. The race for promotion involves four teams; Wazito, Kisumu All Stars, Nairobi Stima and Ushuru.

Wazito who were beaten 5-3 by Nairobi Stima over the weekend lead the standings with 75 points while All Stars and Stima are tied at 74 points with Ushuru third with 70.

Wazito might assure themselves of a place in next year’s top flight if they win against FC Talanta at the Camp Toyoyo if Kisumu All Stars and Stima drop points.

“It is a tough phase of the league where nerves need to be calm. It is a tough game against Talanta and we wouldn’t want to repeat the same mistakes we did last weekend against Stima. Our focus is on the three points at home then finish off the job over the weekend,” Wazito coach Fred Ambani stated.