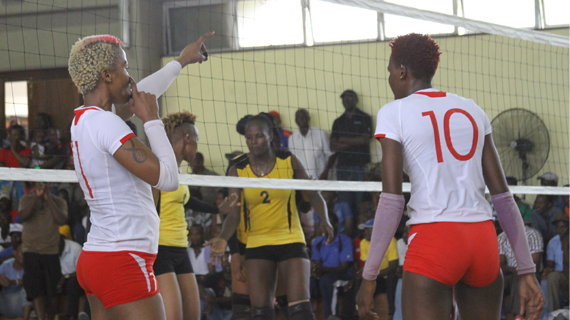 Kenyan teams had a good outing on day four of the ongoing 2018 Africa Women's Club Championship as they both registered wins in their respective pool matches.

Kenya Pipeline beat DGSP of Congo by three sets to nil in a Pool C match .The one-sided encounter was played on Friday evening at the Al Ahly club in Cairo.

Earlier at the same venue, Kenya Prisons had to work hard to beat Douanes  of Burkina Faso 3-1 in a Pool D match.

On Saturday 10th March, Prisons will face INJS of Cameroon while Pipeline will be up against another Cameroon side FAP.

The competitions will conclude on 15th March 2018.