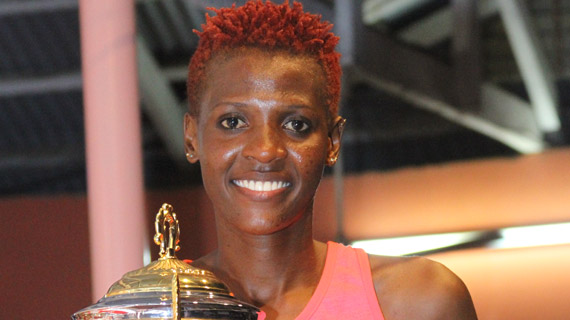 Kenya Pipeline and Kenya Prisons players dominates the list of nominees for the fourth edition of Magharibi Michezo Awards (MMA) set for December 17 in Bungoma County.

Pipeline who successfully defended their title over the weekend in Mombasa after beating Prisons to the title for a third year running have five nominees while Kenya Commercial Bank has two - Kenya's best setter, Phosca Kasisi and national U-23 captain Pauline Wafula.

Other nominees are Pipeline captain Noel Murambi who despite suffering an injury in their final match in Mombasa, led the club to a third league in a row.

The men's list is evenly spread with all the top four clubs, Prisons, GSU,Kenya Ports Authority (KPA) and Nairobi Water each contributing at least a player. Cooperative Bank only produced a nominee despite missing the playoff.

The men's category will see upcoming players fight for the awards, which recognizes native players from Western province or those who nurtured their careers in the region,  face it with established ranks such us Bernard Musumba of KPA.

The upcoming talents include Prisons Jairus Kipkosgei who was named the Most Valuable Player, setter of the year Kevin Maiyo who schooled in Malava and he will face it out with his senior alumni Elijah Bosire whose impeccable performance as the only setter propelled Water to their first playoff berth.

Others are KPA youthful libero Sam Juma and Prisons duo of Bilasio Kokonya and Hudson Chesoli.