Paul Were cleared to play for AFC Leopards 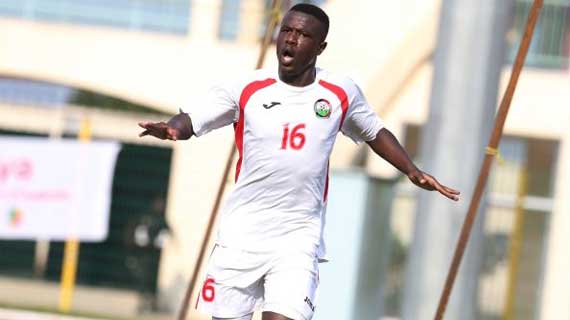 Since returning from international stints in Europe, Paul Were will be in action on Thursday for AFC Leopards as they take on Posta.

In his second return at the den, winger Paul Were has been cleared to play for AFC Leopards when the former league champions face Posta Rangers at the Kenyatta Stadium in Machakos on Thursday morning.

The winger who will don jersey 10 has returned to the den from stints in Greece and Kazakhstan as he looks to bulk up playing time to see whether he will make into Harambee Stars coach Sebastien Migne’s squad for the African Cup of Nations.

Were joined AFC on a short term deal last week but could not feature for them in last weekend’s 1-1 draw with Kakamega Homeboyz as he was yet to receive his international transfer certificate.

AFC will play Posta in the 11am kick off with the tie having been pushed forward from the initial Wednesday date. Ingwe are looking to get into the top half of the standings and victory against a relegation threatened Posta will assure them ninth spot.

In the late kick off, Sofapaka will look to bounce back to the top of the standings when they take on a flailing Kariobangi Sharks at 2pm. Sharks are winless in five matches with three losses and two draws and coming up against a side they lost 2-0 to in the first leg, they will look to revenge and get back to winning ways.

Sofapaka are enjoying good form with three wins in their last five and are hoping to give a push for the title though Gor look to be on the driver’s seat with a four-game deficit.

Meanwhile, Tusker FC will take on Sony in the late kick off. The new look brewers have looked strong since strengthening their squad with the arrivals of Noah Wafula, Eugene Asike and David Naftali and have won their last two matches to move into fifth