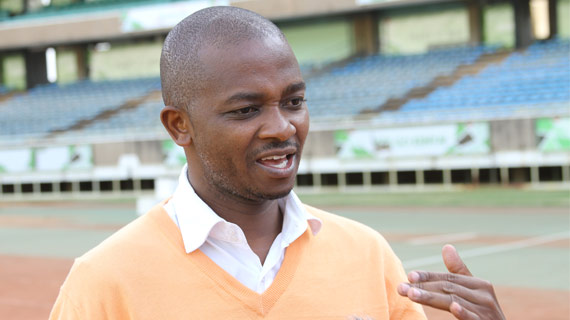 Former Harambee Stars Coach Paul Put, in an exclusive interview with Nation Sports has further exposed dealings within Football Kenya Federation (FK) that pushed him out of the job after just three months in charge.

Put told Nation Sports that FKF frustrated his efforts to have Harambee Stars play against teams like Algeria and Luxembourg since the local football administrators believed they were too strong for Kenya.

"I was requested to take Kenya to play in Algeria by the president of USM Algier who is also the vice president of the country’s federation. He told me he could invite us to play Algeria and they would pay everything for all 32 people. I sent him mail suggesting 44 people, and he agreed everything and signed, then I gave the proposal to FKF President (Mwendwa) but he was afraid that they would be too strong for us, saying we look for other opponents," Put told Nation Sports.

"I contacted another agent who contacted Luxembourg that were to pay for everything. For me, friendlies are not about winning but to help me see my team’s weaknesses and to learn, I had those options but they were rejected. If you are to prepare for a team like Ghana, you need strong opposition," added Put.

Paul Put, who is now the head coach of Guinea further cited inadequate funds and lack of professionalism as problems that bedevil Kenyan soccer and  the final straw that pushed the camel’s back.

The Belgian dismissed as “ridiculous stories” rumors  that he requested for a beach house but  insists he was comfortable with the house allocated but only  requested for an office table so that he could work comfortably instead of having to "to fix the printer in the kitchen".

He decried the poor second hand Toyota assigned to him compared to other places where he could ride in latest Range Rover Sports or be accorded a chauffeur like in Jordan.

Put also had suggested, to deaf ears, that FKF establishes a system to track foreign players and a service contract to Harambee Stars to avoid Visa hitches that delayed the team at airports.

Put resigned just three months into his contract and FKF released statements that he resigned due to personal reasons.

“The tactician’s resignation, though down to personal reasons is a setback to the country’s ongoing 2019 AFCON qualifiers as he was an integral member of the Technical Bench," The FKF statement read.

During his short stint, Put won the Cecafa Senior Challenge Cup. He had been linked with a mega offer from Chinese club Xinjiang Tianshan Leopard FC but has now taken over as Guinea's national soccer team,Syli Nationale, coach.

His deputy Stanley Okumbi has taken over in acting capacity as Harambee Stars coach but FKF President Nick Mwendwa has been quoted saying Harambee Stars will soon have a “bigger and better coach".