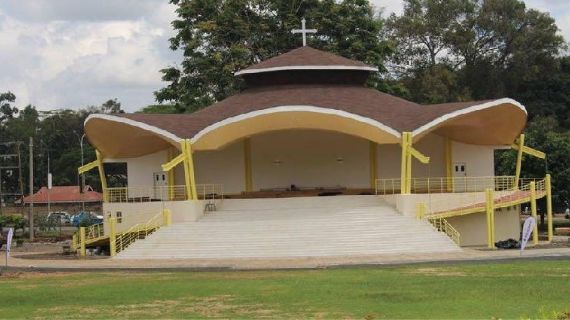 A case of not caring about sports?

The Papal Dais which hosted Pope Francis during his tour of Kenya in 2015 was declared a national monument on 30 April 2015. Gazette notice 40114 reads in part, "the dais was found to have historical value and would be protected."

It is noble of the Government to protect this and other monuments,but there is an unfortunate twist to this particular story. Mean Machine,Kenya Cup champions in 1977,1989 and 1990 were forced to vacate the adjacent playing field that hosted the papal mass.

The Nairobi Expressway project has further eaten into this ground.

It begs a few questions, could the dais design been done in such a way that it would be incorporated as a dignitaries section at the rugby pitch.

Could the Nairobi Expressway project have not touched the pitch?

Sadly, these queries have been overtaken by events.

It is ironic that the iconic ground as well as the Railways grounds  home to  Mwamba RFC,Kenya's first club for indigenous Kenyans which served up so much history was not at all preserved by the same Government.

It is not always about building stadia but also preserving historical sports venues.