Our aim is to remain in the league, says KCB’s Ouna 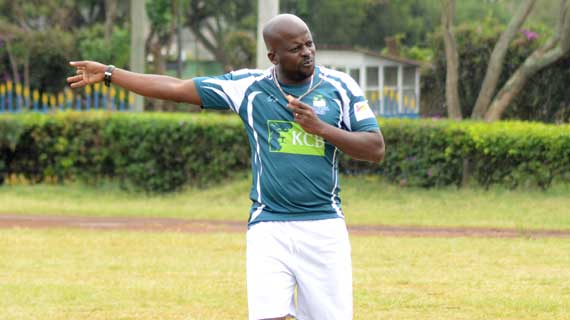 New KCB boss Frank Ouna says the team’s only target this season is to remain in the league after earning promotion at the close of the National Super League season. Ouna was appointed to the hot seat a month ago to take over from Elvis Ayany who was holding forte on interim basis.

The tactician has brought on board 13 new players of high caliber, but says he will not be pulled to setting high targets on their first season in top flight after three years.

“We are a team that has just been promoted and we will not set targets that are clearly unrealistic. Our only aim this season is to remain in the league and avoid relegation. Anything over and above that will be a bonus,” the tactician who arrived from Wazito FC noted.

He says he is impressed with the way training has gone and with less than three weeks before they play their first top flight game, he says they will step up their preparations.

“Right now we are working on the chemistry of the team and we look to have several friendly games against top opposition to ensure we test these players. Each should play at least 60 minutes in the games we have planned and with that I think we will be okay,”

“The season is long with 34 games lying in wait and even if we are not fully ready by December 8, we will get along soon enough,” he added.