Ouna happy with KCB’s performance in come back season 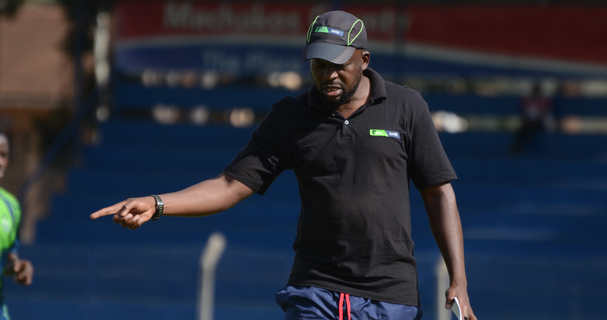 A would be survival battle turning better for KCB

Coach Frank Ouna says he is impressed with how his team has fared in their comeback Kenyan Premier League season. The bankers are placed 11th in the standings with 37 points with four matches to go and are just two points off the top eight.

Ouna says the team’s main ambition this season was to avoid relegation, a mission he says they have already fulfilled.

“You cannot be a team that has just come back to the league and put up huge ambitions. For us, from the start of the season, our target was to remain in the league and so far so good, I think we have achieved that,” Ouna said.

He added; “Now what remains is to try and finish the season strong. I think a top eight slot is an achievable target for us and that is what we will work on for the remaining games.”

The tactician led his side to a 1-0 win over AFC Leopards on Wednesday and the tactician was pleased that they held on to their lead unlike the game against Gor where they threw away a 3-0 lead.

“I think we managed the game very well unlike previous times where we lost leads in the last minute. Our defensive play has improved and that was a positive thing,” Ouna opined.

The bankers will now face Kariobangi Sharks on Saturday afternoon in a repeat of last weekend’s FKF Shield semi-final which the bankers won 1-0.