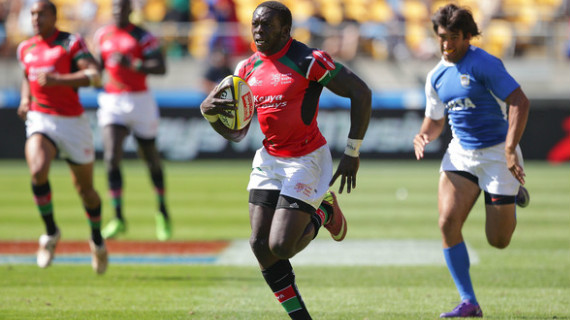 Kenya 7s came from behind to beat France 7s 14-7  in their opening Pool C match on Day 1 of the HSBC World Rugby Sevens at the BC Place Stadium, Vancouver, Canada.

France led 7-0 at the half time from a Paulin Riva try and a Jean Barraque conversion.

Shujaa will be up against Spain next before a tougher assignment against Fiji on early Sunday.

Kenya 7s earned 10 points from the last round in Las Vegas for a total tally of 45 points from the five rounds .Kenya is curently 8th in the HSBC World Rugby Sevens Series standings. South Africa top the world followed by New Zealand.