Ouma’s new strategy for Starlets ahead of Uganda return match 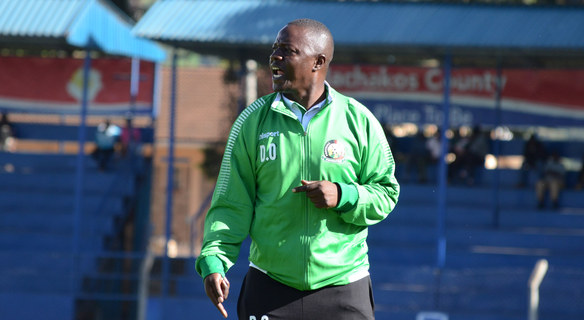 Top on Harambee Starlet’s coach David Ouma’s agenda ahead of Sunday’s African Women’s Cup of Nations first round qualification return tie against Uganda will be to ensure the striking force is sharper.

The coach who takes with him a slim 1-0 advantage to the return leg in Kampala and he reckons the only thing he needs to improve on from Wednesday’s first leg is the finishing.

“We have seen from the situation that they have a very good goalkeeper and we tactically need to get another way of attacking. She made three very good saves and kept Uganda in the game on Wednesday and now we have to approach the return leg better,” Ouma said.

He added; “We need to look at our cross balls and also the tap in situations. We can do better but for now I will keep my cards close to my chest as we plan the return leg.”

Starlets will need any kind of draw or an outright win to progress to the second and final round of qualification where they will face Equatorial Guinea.

Despite the thin advantage, Ouma is confident that the team has what it takes to go all the way even as they eye a second consecutive appearance at the Cup of Nations.

“It is positive that we win and I don’t think there is any kind of pressure going to the return leg. We will be playing on an artificial turf but I don’t think it will be a problem because I have players who can adapt to any situation. I am optimistic we will go there and get a win,” the coach offered.