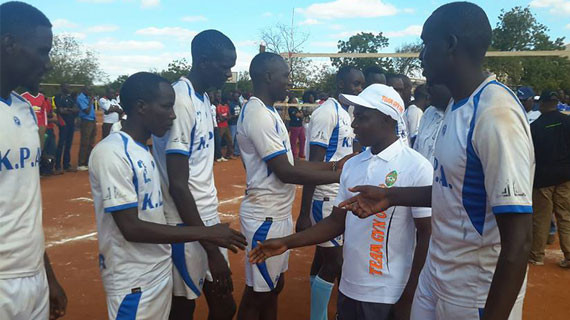 National volleyball team player, James Ontere won his first Cup as a coach with Kenya Ports Authority (KPA) barely two months since he took over the reign at the dockers when he steered his side to a historic win over General Service Unit (GSU) in the final of Taita Taveta- Governors Cup held Sunday at Voi stadium.

With the great achievement on his short coaching CV, Ontere who is still nursing a shoulder surgery is still weighing his options, whether to call time off from both club and national team engagement and full go into coaching.

"I'm still recovering and I will only be able to make informed decision after that. My main aim right now is to build the team by  recruiting younger players," said the player who until last season was attached to Japanese club, Oita Miyoshi.