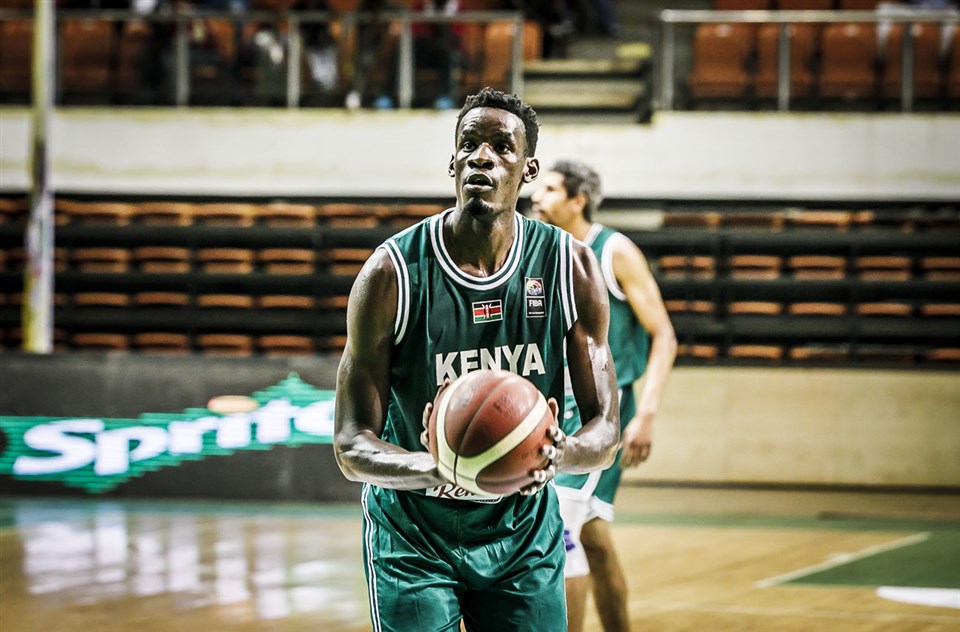 Cometh the hour, cometh the man. On what was Kenya's biggest night in the continental basketball for close to three decades, Tylor Ongwae stepped up and shouldered the aspirations of the Morans AfroBasket dream.

A game that had looked void of any suspense came to a very dramatic end thanks to the genius of the small forward.

With five seconds down the clock and a slim 73-72 lead for Angola, the ball was delivered to the Morans captain, he conjured a body feint, his opponent fell for it, the path cleared and he hammered home a last gasp shot.

His attempt did hit the ring before caressing the net to grant Kenya a terrific 74-73 win and qualify the Morans of Kenya for their fourth AfroBasket, their first in 28 years.

The genesis of the game wasn't foretelling of such a remarkable conclusion. Eleven-time AfroBasket winners Angola had started the game on a high, closing the first quarter with a 22-9 lead and concluding the second quarter with a 39-28 advantage.

Ongwae's nine points during the first half kept the Morans' hopes of an upset alive.

Having weathered the Angolan storm, the Morans of Kenya masterminded a resurgence incarnated by Joel Awich whose jump shot granted Kenya a 57-56 lead, their first in the game, during the fourth quarter.

Tom Wamukota's 13 points and 8 rebounds as well as Preston Bungei's 10 points enabled the Kenyans to put up a palpitating fight with 2.01m (6ft 7ft) forward Ongwae adding 16 points to enable his side to seal the historic win.

"We've worked for this all our lives," Tom Wamukota told FIBA.basketball.

The 27-year old center wasn't born when Kenya last appeared at the continent's flagship tournament in 1993 where they finished fourth.

The 2.13m (7ft) player however understands how huge this is for the growth of the sport back home.

"We started this journey in 2019 when we qualified for the [FIBA] AfroCan. We told ourselves we wanted to be the first generation of players to get back to the continental scene," Wamukota stressed.

"Qualifying for the AfroBasket  is a very big thing for our country mostly because our government has been very helpful.

"We want to set examples and lead as a team. Fortunately for us, more grassroots programs are being set back home and that means that there will be some continuity."

Kenya's coach Liz Mills also penned her name in history books by becoming the first female coach at the helm of a men's team to qualify for the AfroBasket.

"Going to Rwanda is great. We beat a powerhouse and it's a wonderful feeling," Coach Mills stated before emphasizing "We came here for wins, we've taken care of Angola and we want to get things done against Mozambique as well.

"We started the game poorly but I've seen the maturity of these players and I knew that at some point things will work out.

"Once our defense fell in place, I knew that our offense was going to pick up as well and that's what happened."

Angola's zeal to win all three games in the qualifiers was dashed to the winds in a fixture that could have been sealed earlier on.

"Kenya played well but we made it too easy for them," Angola's captain Carlos Morais admitted.

"At the end of the first quarter, we were 22-9 up. We should've buried the game at that point.

Kenya will be returning to the AfroBasket for the first time in 28 years. Their last participation at the continental scene was at the FIBA AfroBasket 1993 which they hosted but fell short of a spot on the podium following a 90-76 loss to Senegal in the Third-Place game.