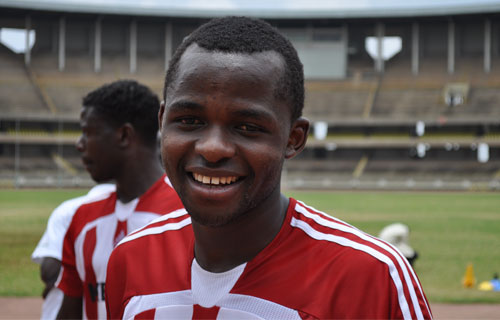 Kenyan international Johanna Omolo will play in the top tier Belgian Jupiler Pro League next season after his side Cercle Brugge beat Beerschot Wilrijk 3-1 in the promotions second leg match at Jan Breydelstadion Stadium on Saturday.

Cercle Brugge lost the first leg match 1-0 and needed a good show in the second leg. Everything went according to plan with two goals in the second half but  Van Hyfte pulled one back for Beerschot Wilrijk to swing the advantage to his side in the 84th minute.

Undeterred by the prospects of a missing out the Jupiler Pro promotion, Cercle Brugge continued to push for a goal and were lucky to win a penalty in the 88th minute that Irvin Cardona converted to make it 3-1 for the day and 3-2 aggregate score line.

Omolo was on the bench but featured in the first leg match of the promotion play off. A challenge on him saw Beerschot’s Maes receive a straight red to give his side a one-man advantage.

This season, Omolo has started in 21 games and made seven appearances as a substitute with one goal to his credit.

He will be part of Harambee Stars squad that faces Comoros and Central African Republic in two friendlies in Marrakech, Morocco.