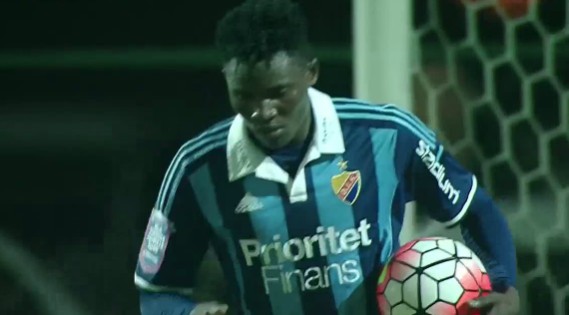 Former Gor Mahia striker and reigning Kenyan footballer of the year Micheal Ogada Olunga was on the scoring sheet as his Swedish club Djurgarden drew 2-2 with Romanian side Steaua Bucharest in a friendly match at Turkey.

Steaua Bucharest took the lead three minutes into the game through Varela. Jagurtha Hamruon doubled the lead in the twentieth minutes.

Five minutes later, Olunga picked the ball, turned well before placing the ball past the keeper for his first goal since joining the club for trials to reduce the deficit by a goal.  Daniel Bernstein scored the equalizer for Djurgardens in the second half.

Prior to the friendly match, rumor mills were awash with stories that Olunga had been left out of the list of club signings.

This was after the club released a list of four new signings M Mayambela (All Stars), T Kadewere (Harare), Seon-Min Moon (Ostersunds FK) and J-Une-Larsson (Brommapojkarna) with Olunga conspicuously missing.

Olunga has up-to end of March when the transfer window closes to prove himself.