Olunga: We have to deliver against Tanzania 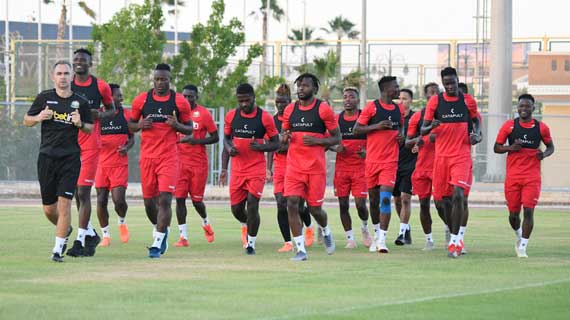 Harambee Stars striker Michael Olunga says the team is charged ahead of their duel against Tanzania at the June 30 Stadium in Cairo this afternoon as a spot in the Africa Cup of Nations round of 16 hugely hinges on the result they post tonight.

Stars lost against Algeria in their opening match and must beat Tanzania today to remain hopeful of squeezing into the second round.

“Tanzania are our neighbors and this is game that is promising to be very tough. We know each other well and the fact that both of us lost the first game, this will be even tougher. But I am sure we will improve from our performance against Algeria and win,” the striker stated.

“We have three points to play for and we will give our best. The result of the game will define our progress in the competition and we know what it means to us and the fans,” stated the forward.

Olunga is expected to play a starring role for Stars in attack in a game that they must score, despite the team lacking a reputation for hitting the back of the net under the tenure of head coach Sebastien Migne.

“We will not underrate Tanzania but we are going into this match with very huge seriousness. The task is big and we have to deliver,” Olunga added.